A Reddit user has uploaded a picture of what appears to be the tracklist for Chance The Rapper’s upcoming album, Surf.

The Reddit user posted links to two separate images. One image shows a whiteboard with “Surf” written on it and what’s assumed to be the tracklist, covered by the word “censored.” In the other image, another whiteboard is shown with the Surf album title and a list of songs.

“Chance put this up on instagram a couple weeks back of a whiteboard with the song titles of his upcoming album Surf censored out. Here is the board uncensored,” the Reddit user said in a post added on November 20. 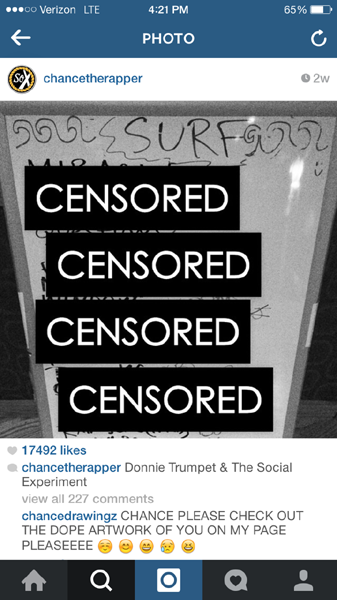 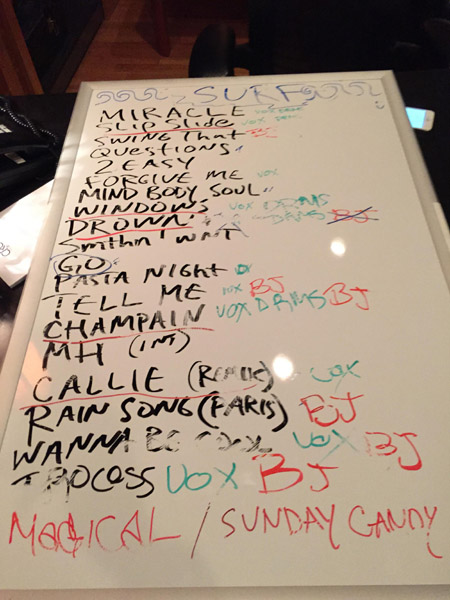 It is unclear how accurate the tracklist is, but Chance did post an image of the censored whiteboard on his Instagram page three weeks ago with the following caption: “Donnie Trumpet & The Social Experiment”

During an interview with Billboard.com last month, Chance announced his Surf album and revealed that the project would be released before the year is up.

“We’re working really closely with Francis Starlite from Francis and the Lights,” he said during his interview with Billboard.com. “He’s been a really been a big help on Surf. Damn, I’m saying these things like people know it. Surf is the first project, which is coming out before the end of 2014. It’s the first Social Experiment project. It’s a big step for all of us all putting our heads together and letting Nico [Segal, a.k.a Donnie Trumpet] hold the reigns and carry it. There’s a lot of great instrumentation. A lot of input from cool writers. I’m already saying too much.”

RELATED: Chance The Rapper Given “Chicago’s Outstanding Youth Of The Year Award”