Gucci Mane is currently incarcerated for charges including violating his probation and assaulting a fan at an Atlanta nightclub last year. He is scheduled for release in December of 2016.

Chief Keef was dropped from Interscope Records earlier this month. The Chicago drill rapper responded with a tweet that said, “When Jimmy n Dre left that’s when I said fuck Interscope! Big Dick style. that’s what I signed up for not this new staff! Of WhiteHonkies!”

Big Gucci Sosa is available for download at DatPiff.com.

The Big Gucci Sosa cover art, tracklist and mixtape stream are as follows: 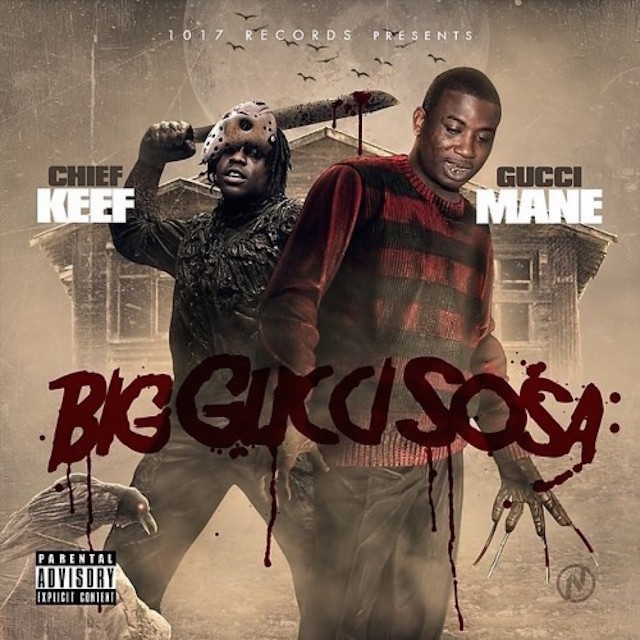