Prodigy and Boogz Boogetz have partnered for the Young Rollin Stonerz album, which is slated for a November 25 release on Infamous Records, according to a press release.

One-half of Mobb Deep, Prodigy said during a March interview with HipHopDX that Mobb Deep has a plan to remain relevant.

“What we learned is that we just gotta keep doing what we do. It’s pretty much the same thing that we’ve been learning this whole time,” he said at the time. “We got our own lane, and nobody creates music like us. We got a certain style of music that nobody else can do, and we basically got our own lane. We got to stick to it and just keep doing what we doing. We been through a lot of changes, trends and eras in Rap music. We’ve seen rappers come and go and seen groups come and go. From fashion, production styles—everything, you name—we seen multiple changes in music. We been through it, so it’s like, we already know what to do to survive and [maintain] the same relevance many years later. The quality of music is still the same, and we basically stick to our guns and our formula. That’s what we learned. We continue to learn and just do us. It doesn’t matter what trends or rappers do this or do that. Who gives a fuck? We seen all of that already. This ain’t new to us. It’s new to them.”

The Young Rollin Stonerz cover art is as follows: 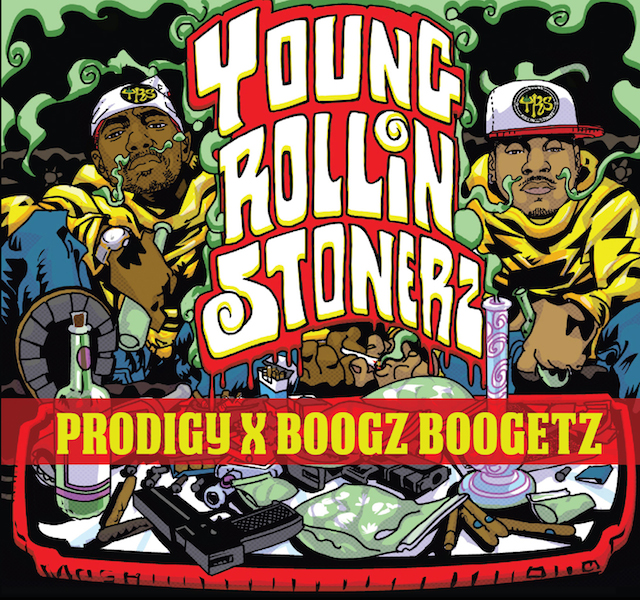