Photographs Ray J recently took with police officers have resulted in a Los Angeles Police Department investigation, according to TMZ.

Ray J was reportedly pulled over for holding his cell phone, which is against the law in the city he was in. Two officers reportedly pulled him over and ran his license and registration before asking if he was in the music business. The officers then asked him to step out of the car.

Ray J says the officers wanted pictures with their cell phones. After this, Ray J said he wanted the same with his cell phone. TMZ got a hold of those images and they are below.

LAPD has since launched an investigation regarding the matter because it’s against policy to do what the officers did. 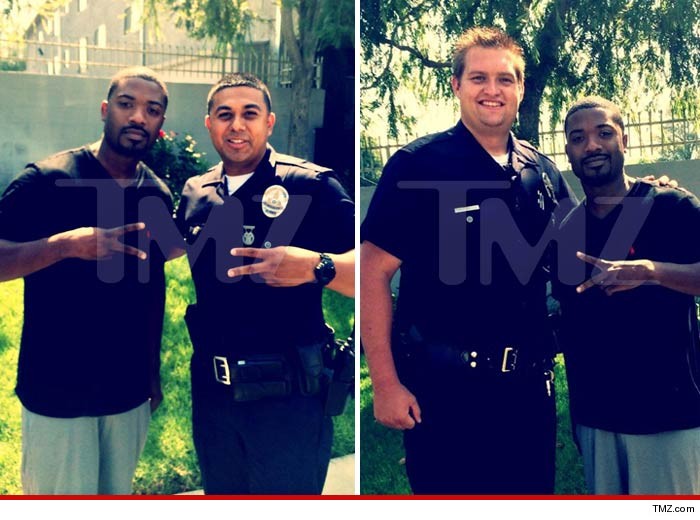 UPDATE: Ray J has commented on the incident.

“I got nothing but love for the police,” Ray J says during a TMZ interview.