Common’s Nobody’s Smiling reigns supreme in this poll. The Chicagoan’s album earned 239 thumbs up and 42 thumbs down, placing it exactly 100 thumbs up above the next person on the list, PARTYNEXTDOOR. Despite Common’s successes here, some readers criticized Nobody’s Smiling’s record sales. An anonymous reader left the following comment: “Common, nobody’s smiling with those albums sales, yikes!” Another anonymous reader responded to a comment about Common not smiling, by saying, “sure he is. the music is just for fun and the love of it. he gets hollywood movie and tv show money now.” 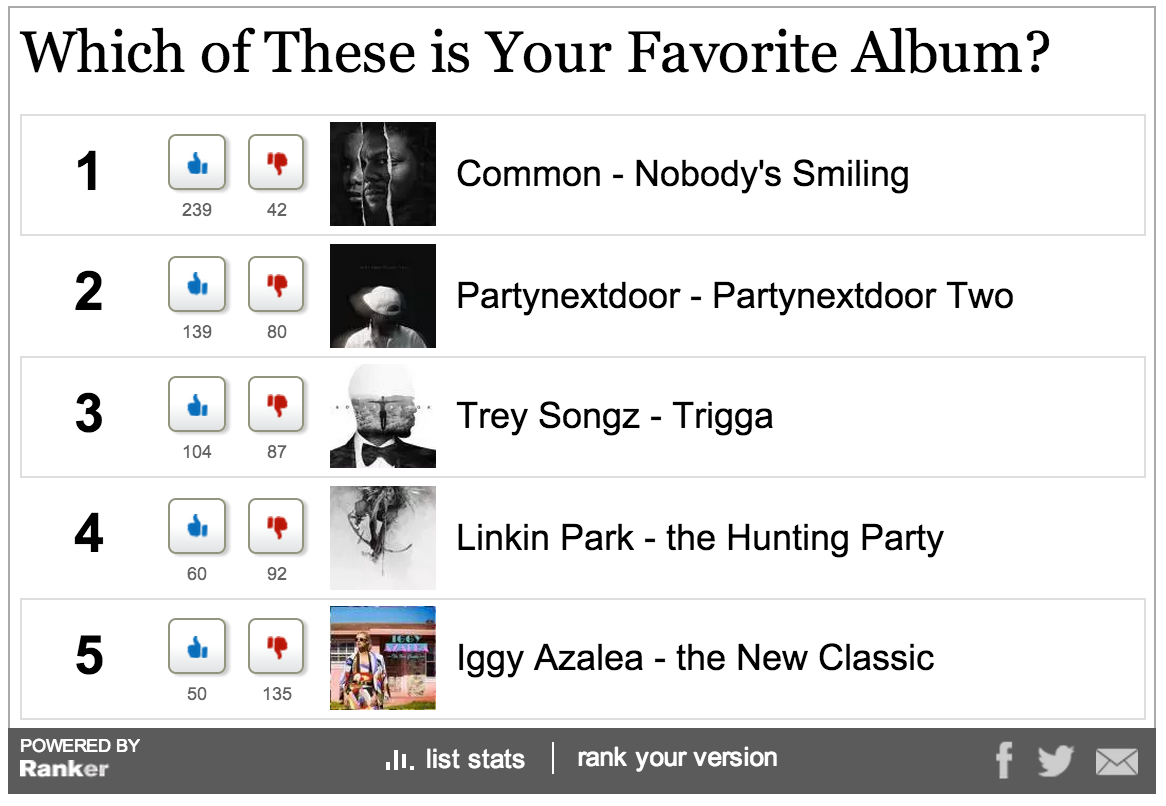