Lil Wayne says rappers today are different from the emcees he saw when he was coming up in the industry. According to Wayne, who covers XXL’s August/September issue, this helps him know he’s authentic.

“I know I’m authentic because I’m 35 million years in the game,” Lil Wayne says. “I don’t know where the authenticity is in the game anymore. Today everyone sounds alike, they looking alike, they acting alike, they dressing alike. I came out when everybody was super different. You had an O.D.B. You had a Busta Rhymes and then you had a Tupac. You had a Biggie. And everybody was different. Biggie was talking about Mob and Mafia shit. 2Pac was wylin’, talking about West Coast this and that. You had niggas like Meth and Red talking about how high they got and making people laugh. And then now, you got them, them. You got the categories and then everyone falls under it.”

As he prepares to release Tha Carter V, Lil Wayne says he’s got some jitters.

In the interview, Wayne also says he signed Drake because of his ability to sing and rap and that he signed Nicki because he “wanted a female” on his Young Money team.

Lil Wayne is prepping for his Tha Carter V, but he is also gearing up for his Drake Vs. Lil Wayne Tour.

Lil Wayne’s XXL cover is below. 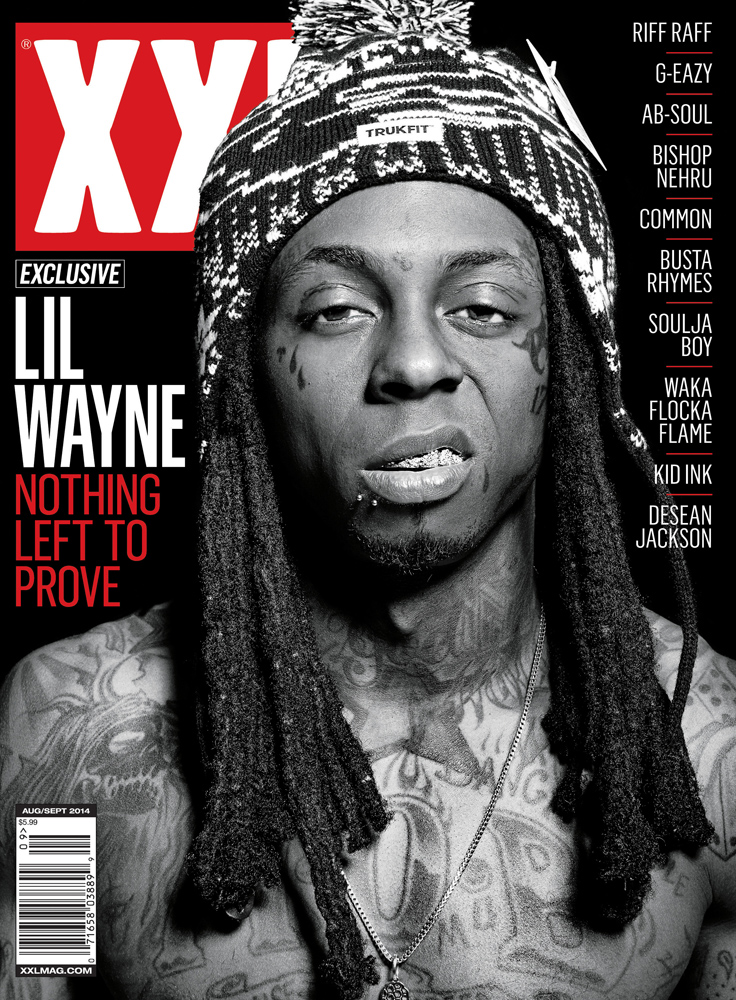