According to Complex, the event is set to feature Rast RFC as an opening act, along with Timeless Truth.

Tickets for the Your Old Droog event are $15 in advance and $13 at the door.

Webster Hall has several rooms, including The Studio, where this event is set to take place. The room has a capacity of 400 people according to its website.

Your Old Droog made headlines in June when his self-titled EP was released because many speculated it was a project released by Nas with his voice altered.

Though many have refuted that Nas is Your Old Droog, the Mass Appeal boss has yet to speak on the speculations. 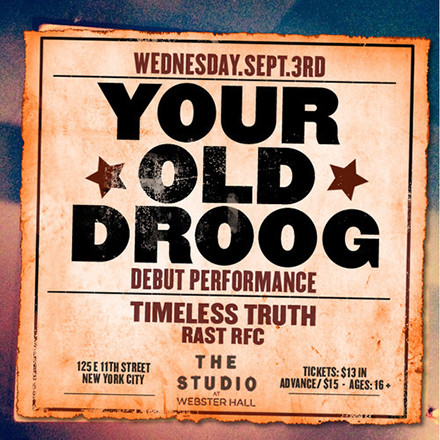