Andre Bramwell, who runs Candyman Vending, had been thinking of new ways to present his vending machine company to others. He says he wanted to somehow combine the music industry with vending, but he didn’t know exactly how he would go about it.

While on Twitter one day, Bramwell stumbled upon C. Stone The Breadwinner, an independent artist who was looking for promotional products to put in a music video. With that Twitter post, a light bulb was lit above Bramwell’s head.

“It just popped in my head that I could do a custom machine design that he could promote his brand and products in and give the artist a crazy new way to promote and make extra money as well,” Bramwell says in an exclusive interview with HipHopDX.

Following his work with C. Stone, Bramwell was contacted by RiFF RAFF, who released his debut album on Mad Decent this year with NEON iCON. RiFF, who has a knack for promoting his brand in different ways, wanted a vending machine he could utilize, too.

Right now, Bramwell says he’s also working with OG Ron C, Soulja Boy, and Krayzie Bone, among others, despite only starting this six months ago.

Bramwell adds that artists who use his vending machines have an added incentive, as well.

“My vending network will allow the artists to get their own customized vending machine and ATM to be placed in businesses, their own home, to use on tour, their own business or whatever they may like,” he says. “The custom machines that are placed at businesses will allow them to get a commission from the machines as well as an extra promotion of their brand so it’s a win-win situation. The business also gets the option to have the artist promote their business at additional fees to the artist. The machines are available for sale to the general public as well so it gives the artists multiple investment opportunities.” 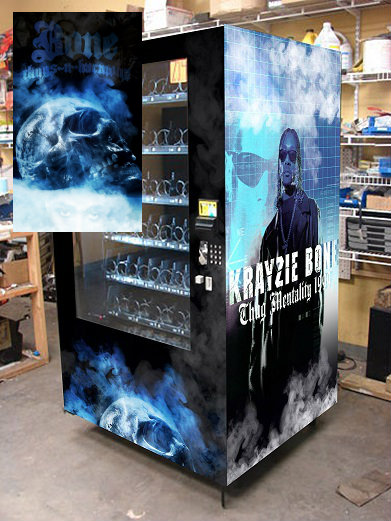 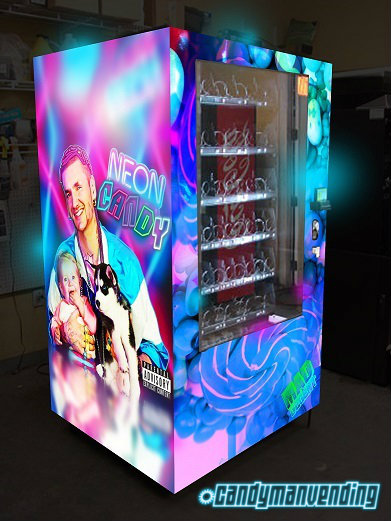