The Ranker list, which HipHopDX uses to assess reader responses below, calculates the votes based on a “thumbs up” and “thumbs down” system and it creates a list with the data users input. Ranker lists the albums from top to bottom, based on the total number of votes and regardless of how many thumbs up a particular album gets. The order of the albums featured on the list fluctuates as votes are cast.

Trey Songz’s Trigga claimed victory on this week’s poll. The album earned Trey 117 thumbs up and 59 thumbs down. Meanwhile, Weird Al Yankovic earned the #2 spot with Mandatory Fun. The album earned the parody star 71 thumbs up and 59 thumbs down. An anonymous reader on HipHopDX commented on Weird Al, saying the following: “in a way weird al is better than most rap artists now lol hes clever at what he does, but he can rhyme too, its just overshadowed by his humor of course.” 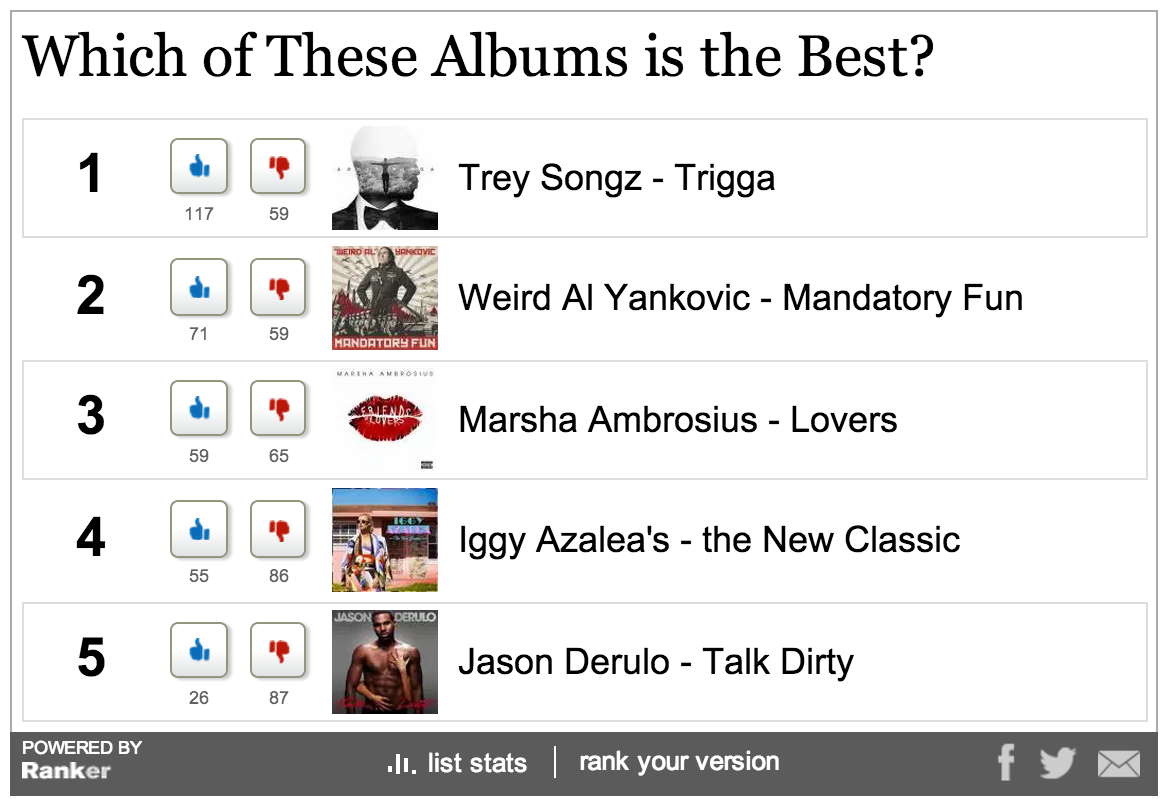