Nicki Minaj promised fans a surprise yesterday (July 23) and today (July 24), the New York emcee delivered the cover art for “Anaconda,” which features Minaj in a g-string, bra and Jordans.

The cover art news has been trending on Twitter in various countries, according to several Twitter posts retweeted by Minaj. 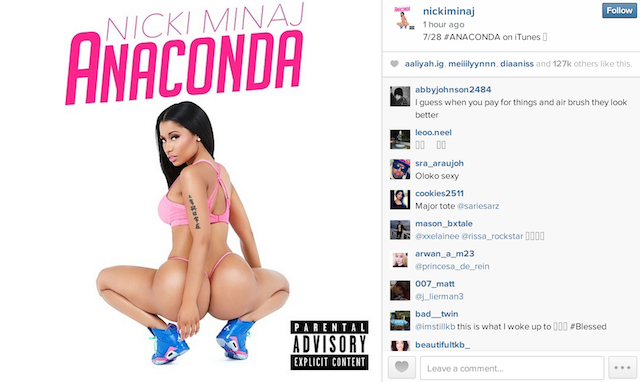