Kendrick Lamar Says Jay Z, The Notorious B.I.G. "Will Always Be The King Of New York" In Complex Cover Story Compton, California rapper Kendrick Lamar caused a brief uproar in rap when he declared himself “the king of New York” in his verse on Big Sean’s “Control.” Nearly one year after the song was released, Kendrick spoke on his “king of New York” line as part of his cover story with Complex magazine.

The TDE wordsmith didn’t have much to say about the controversial lyric, but did speak on the lyricists he believes are the kings of New York.

“I feel B.I.G. and Jay will always be the King of New York,” Kendrick said.

He even recalled receiving a few words of advice from Pharrell Williams prior to the release of good kid, m.A.A.d city, which was released nearly two years ago.

“I was on the tour bus going back and forth on the text with Pharrell,” K-Dot said “I asked him, ‘You think they gon’ get it?’ And he told me, ‘Don’t ever doubt yourself again. Always be aware but don’t ever mistake your first mind, your input of where your heart is at.’

“If I keep focusing on, ‘I need to make something better than good kid,’ it’s going to be just that,” he added. “That’s not challenging yourself. I don’t want to become that person reflecting on what has been done. What I’m doing now is the question. I’m only as good as my last word, my last hook, my last bridge.”

Towards the end of his interview with Complex, Kendrick credited Jay Z, Nas, and Dr. Dre for being established in their music careers and still passionate about music.

“This is truly a blessing from a higher power,” the rapper said. “And as long as I understand that there’s really no limitations to what I can do. Everything is forward with me. When I’m in the studio I’m looking for creativity I haven’t matched yet, a feeling I haven’t felt. It’s a high. When you look at people like Jay Z, Nas, Dr. Dre, these people are established, but they love music and they love that high. You always want that feeling of creativity.” 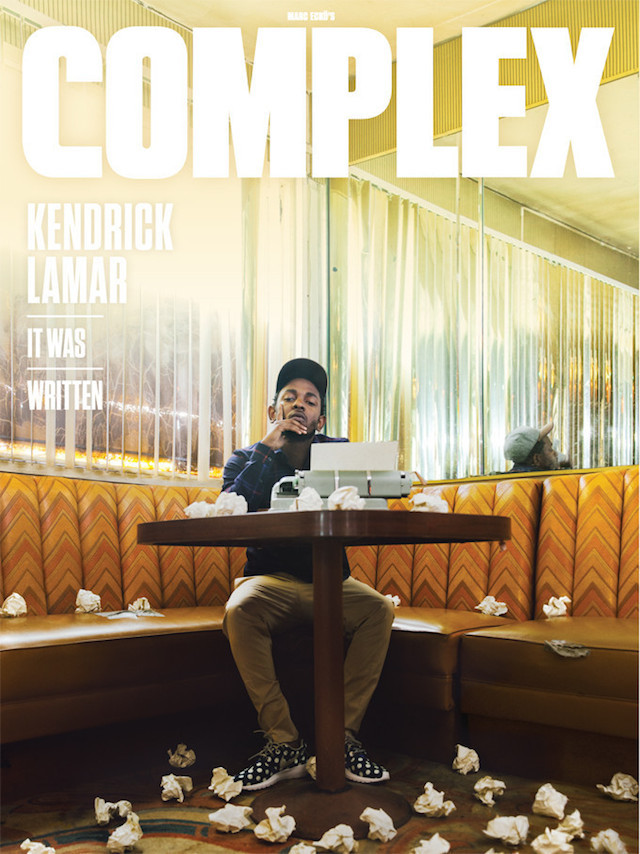 RELATED: Eminem On Kendrick Lamar: “He Raps To Be The Best Rapper In The World”