Trey Songz’s Trigga earned the top spot this week with 85 thumbs up and 22 thumbs down. A reader named shh commented on Trigga’s success. “TRIGGA did 6 digits…congrats to TREY SONGZ..in 2014..that is a huge first week sales,” he says. 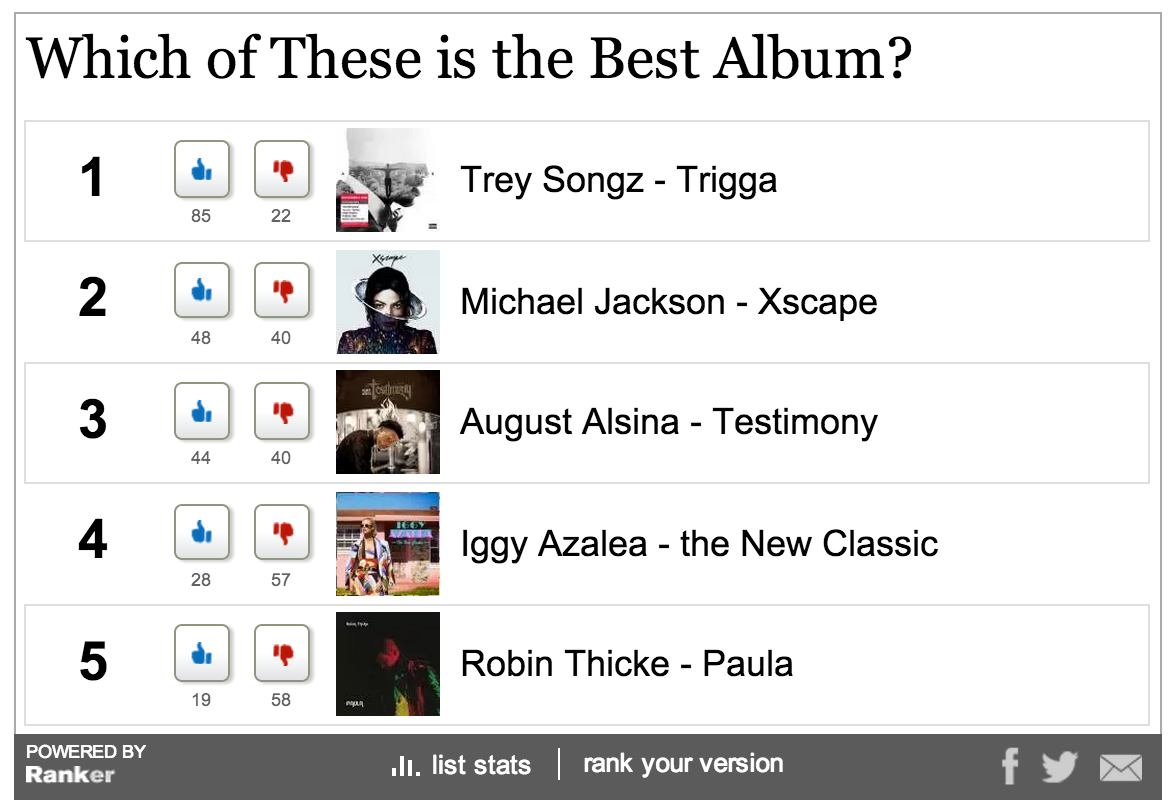