50 Cent has sold a TV show to Comedy Central, according to the rapper.

“I bet a HATER will get tired of hating. Before I lose passion,I just sold another TV show,COMEDY CENTRAL #smsaudio #power,” he said.

The rapper currently has Power, a show airing on Starz TV. The show’s star, Omari Hardwick, recently spoke about 50’s involvement on the set of the series. 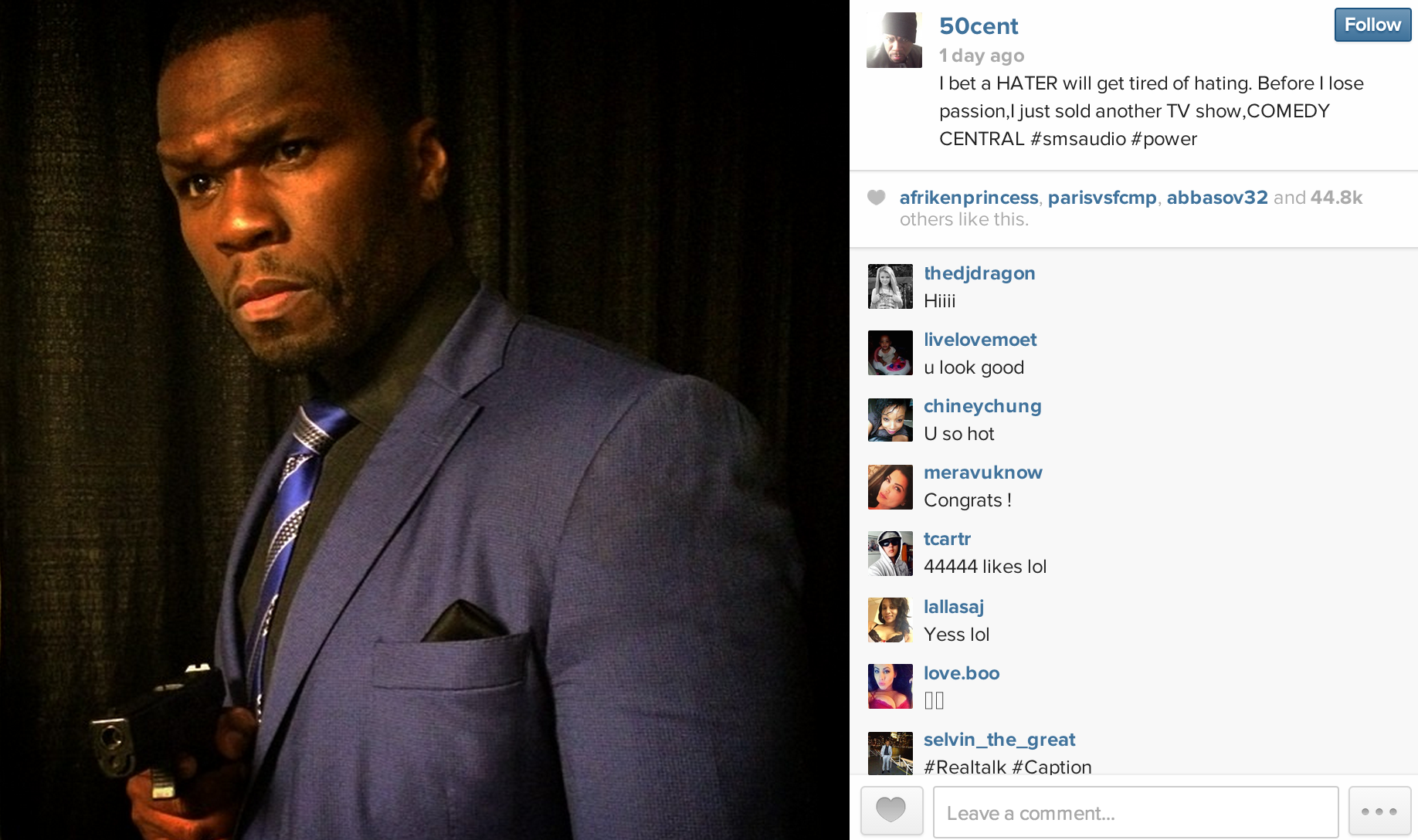