50 Cent’s Animal Ambition earned the top spot this week with 334 thumbs up and 70 thumbs down. Despite having the most votes in the poll, 50 Cent was dissed by an anonymous reader. “50 still flopping hard. He may walk away with a few more bucks than Ross, but Mastermind still destroyed it in sales, and at the end of the day, that’s all the casual music fan remembers or cares about,” one reader said. Another anonymous reader responded: “You’re still wrong about everything.”

Meanwhile, Michael Jackson earned the second slot on the list with Xscape, Linkin Park nabbed the third spot with 106 thumbs up and 95 thumbs down with The Hunting Party. Iggy Azalea earned the second-to-last spot with The New Classic and Jennifer Lopez ended up in last place with A.K.A. 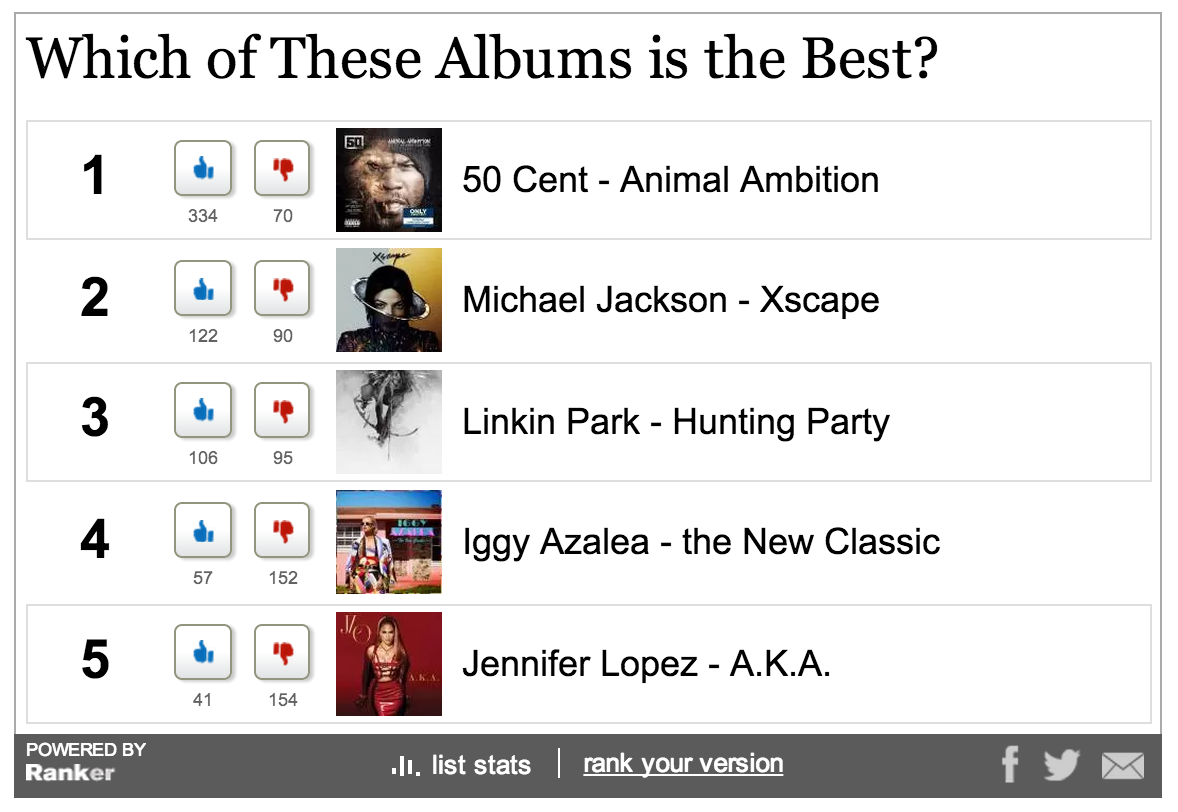