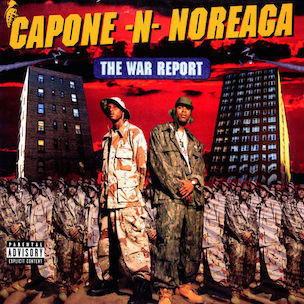 Tragedy Khadafi says Capone-N-Noreaga’s recent reunion is an important one for the group’s longtime fans and for this moment in Hip Hop.

“Aside from the reunion being a long time coming, I think it’s good for music lovers of that era, as well as this era now,” he says in an interview with XXL. “You know, ‘cause we raised a lot of dudes with that album. To see what raised you come together, it’s like the groups that raised us or raised me, and [to] see them kind of go separate ways and come back together is a beautiful thing. Imagine if the Roc got back together. The whole Roc. Like, Jay, Beans, Amil, everybody. Sauce Money. Jaz-O. Even Dame. That’s what I equate that to. The Roc getting back together. It’s a good feeling. It’s just good energy.”

Capone-N-Noreaga and Trag worked together on The War Report, an album that Trag says was vital to a generation.

“To me, that album just spoke to a whole generation,” he says. “Similar to The Infamous album, similar to Get Rich Or Die Tryin’. Those particular albums—and many other albums—all spoke to a specific generation at a specific time. I think with this album, what could you expect? You could expect fire. Let’s be clear—me, N.O.R.E. and Capone are very competitive. But in a good way.”

C-N-N is prepping the release of its new album under Penalty Entertainment.