Busta Rhymes has announced the release date for “Calm Down,” his collaboration with Eminem.

The song is set to be released July 1, according to an announcement that was made on Twitter.

In September 2013, Rhymes spoke on a collaboration with Eminem.

“I’ve got a six-minute record with Eminem that sounds like we are respectfully trying to battle each other in a way that you probably never heard us battle in our entire careers on a record.” Busta Rhymes said in an interview with XXL. “So it’s lot of real incredibly golden moments for us on this project.”

UPDATE: The cover art of Busta Rhymes’ “Calm Down” has been released. It is as follows: 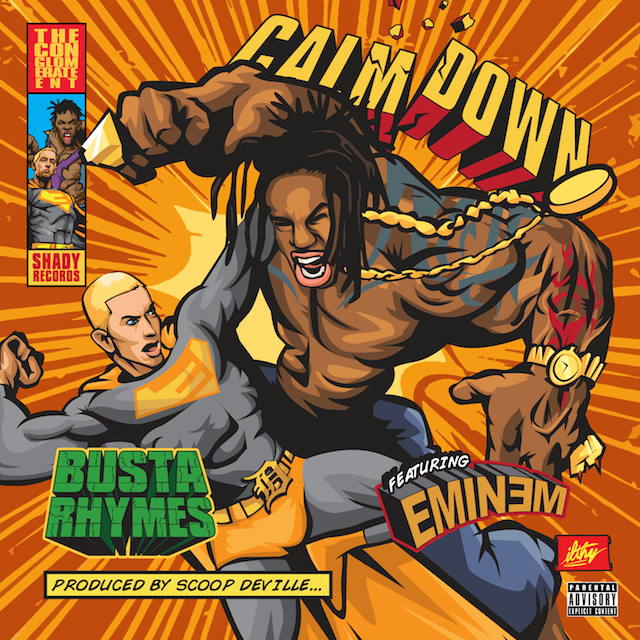 UPDATE #2: Busta Rhymes’ “Calm Down,” which features Eminem, has been released.

On the song, Eminem tackles various subjects, including Internet bloggers.

“Fucking internet bloggers,” Eminem raps on the track, before launching into an immitation voice. “I sit in front of my computer all day and comment on everything. I’m an expert on everything. Everything sucks.”

Busta Rhymes also goes through a myriad of topics on his verse, letting fans know: “See, me and Shady together we’re crazy.”

The song can be heard via HipHopDX’s media section. To hear it, click here.