MDuke Wins Best In Show at A3C The Circuit in Austin, Texas 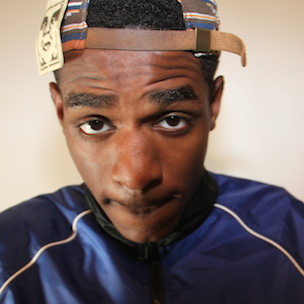 MDuke won Best In Show at A3C The Circuit in Austin on June 12. As the winner, he gets to perform at the A3C Festival in October.

“Pretty much, it means a big opportunity for me to go out to Atlanta and show the talent I have,” MDuke says of his upcoming A3C appearance during an exclusive interview with HipHopDX. It’s a “networking [opportunity and] hopefully I can take my music career to another level afterwards.”

MDuke, born Markis Hanna, is a rapper, producer and engineer from San Antonio, Texas. He has been performing in the city, working with artists throughout Texas and the music video for his “Prince Ali” song was featured on MTV RapFix last year. It served as the springboard for MDuke’s career. He released his Budget Cuts mixtape to capitalize off the attention he was receiving.

“I had put that out to just to kinda get push and get a buzz in my city right before the school year was over while everybody was still talking about it so everybody can have new music in their ears,” he says. “That actually got me a big response in the city….The whole Budget Cuts thing was trying to prove you can get somewhere without having to have like a big budget behind your music.”

The 19-year old has done a lot of work for other artists, including writing, producing, directing music videos and graphic designing. He emphasizes creating his own quality work so that other people will then want to work with him.

“I probably work for other artists,” MDuke says, “more than I actually work for myself right now.”

His next project is a mixtape entitled Gold, which will be hosted by DJ Wonder and Sway from Shade 45 and MTV News. Between this project and the A3C Festival, MDuke has high expectations for his future.