J Rawls has released his The Legacy album through his own Polar Entertainment LLC. The Legacy is a 13-cut collection that features Masta Ace on “Bills” and Oddisee, Nottz and Blueprint on “Best Producer on the Mic II.”

The producer, teacher, deejay, emcee and independent music executive says that this is his final album as an artist.

“I started out in Hip Hop beat boxing, moved on to rhyming, until I discovered samples and started making beats,” J Rawls says in an exclusive statement to HipHopDX. “There comes a time in a man’s life when he begins to reflect upon the things he has accomplished and how he will be remembered. The time is yours now. I see in you all the possibilities of the future. Leave a mark on this world. Define your legacy.”

J Rawls, who has produced for Mos Def, Talib Kweli and others, says that he will continue to produce material for other artists and focus on Polar Entertainment and its roster.

In 2011, the Columbus, Ohio artist released his The Hip Hop Affect album.

“[The album’s message] all came out of a conversation with my son,” he said at the time. “He didn’t really know what Hip Hop was. He didn’t really understand what Hip Hop was about, and [the album’s theme] came from that conversation. I said, ‘That’s a great concept for an album,’ so what I did was with The Hip Hop Affect, I took all the people that influenced my life. You’ve got Casual as a representation for the Hieroglyphics. You’ve got a group called Spirit from Columbus, Ohio, who was actually one of the first groups out of Columbus doing music, and they actually put me on my first talent show.”

The Legacy cover art, tracklist and album stream are as follows, as is the video for “Rio”: 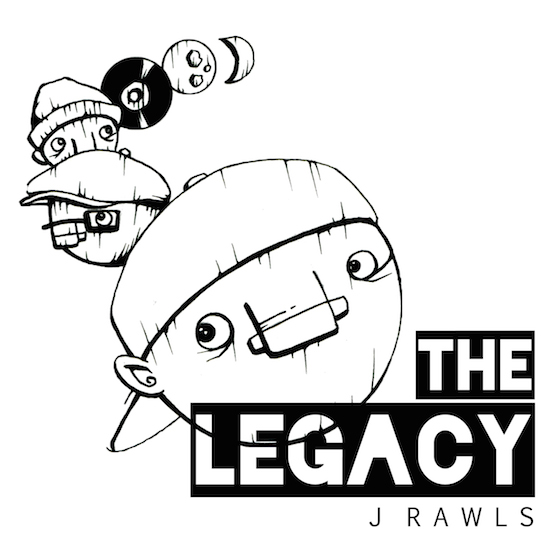 3. One Time feat. Wordsworth (Prod. By The Mighty DR)