Tamiko Hope has worked at such prominent labels as LaFace and Purple Ribbon. The Atlanta native decided to put some of the knowledge she’s gathered while working with Big Boi, Usher and Goodie Mob, among others, into her recently released book, The Indie Insider: 10 Key Facts From Music Industry Insiders.

Given her background working with artists outside of the major label system, Hope wanted to focus her book on information that could help independent acts.

“I really got my start in this industry working with indies and so I like to root for the underdog,” Hope says during an exclusive interview with HipHopDX. “I saw a lot of things independent artists were doing like spamming bloggers, deejays and music execs to the point where it was probably doing them more harm than good. I also had a lot of conversations with industry colleagues about the reasons why certain artists made it while others didn’t and it all boiled down to a few fundamental principles. I wanted to share or remind artists and creative professionals of those things.”

After talking with a number of her music industry colleagues, including Shaheem Reid and DJ Scream, about information she thought would benefit independent artists, Hope came up with the book’s format.

“I decided on a 10-step format because I felt it was the best way to communicate my message and make the information easily digestible and straightforward,” she says. “I knew I wanted to make the book short so I wouldn’t lose people or overwhelm them. I wanted this project to serve as a valuable resource that people could refer back to and I feel like I achieved that.”

Among the work she’s done with artists, Hope’s time with Janelle Monae made an indelible mark.

“She and her production team had a very clear picture of how they envisioned her career going from the very beginning and they protected that vision,” Hope says. “So I think it’s important for artists to know who they are, what they stand for, where they see their careers five, 10, 15 years down the road, what message they want to convey to their audience and to know who their audience is.”

The Indie Insider: 10 Key Facts From Music Industry Insiders cover is as follows: 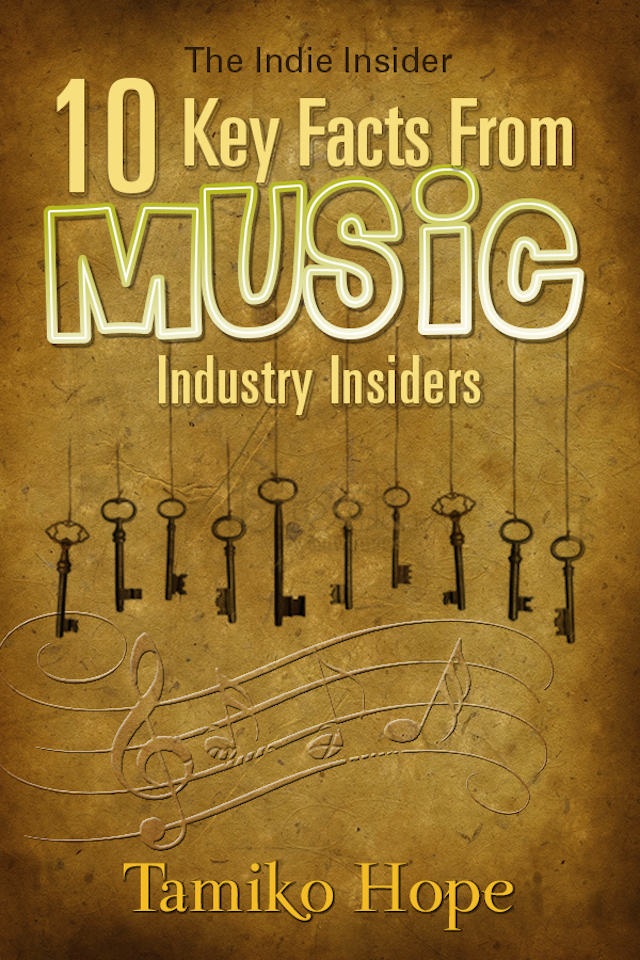