The Roots’ and then you shoot your cousin earned the top spot with 195 thumbs up and 40 thumbs down. The #1 placement came with negative remarks from some readers. “The Roots flopped with that awful album,” an anonymous reader said in the site’s comment section. “Glad to see it. We don’t want a watered down Undun.” A reader named @youngsta disagreed. “Hip-Hop fans like the Roots,” @youngsta said, “and they didn’t flop.”

Azalea’s effort received several critics in the site’s comment section. An anonymous reader referred to The New Classic as “trash.” Another anonymous person countered these points with the following: “Fans don’t seem to agree with you based on Iggy owning the top 2 spots on the hot 100 with fancy and problem. Dope songs.” 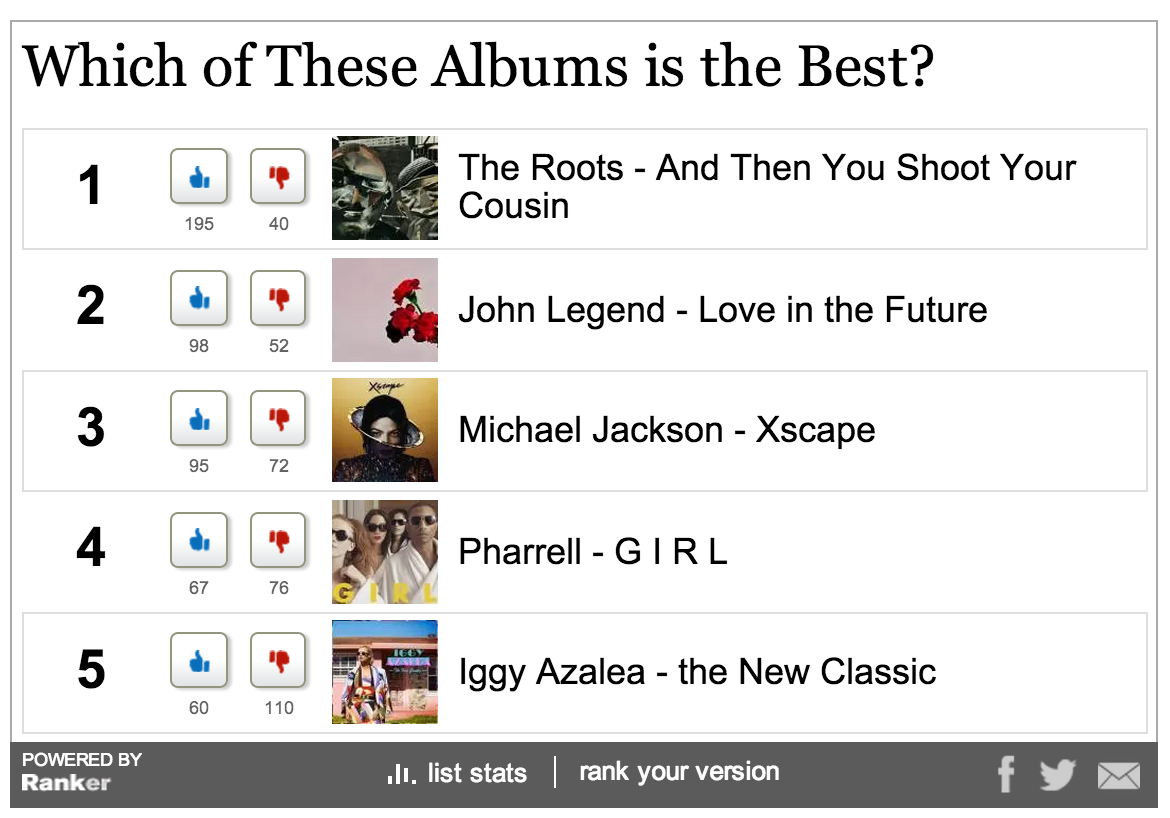