Chris Brown has been released from jail, according to TMZ.

The singer-rapper was sentenced May 9 to 131 days behind bars. Chris Brown was released after serving 108 days, the publication reports.

Brown had been sentenced to a year of incarceration. The singer received credit for spending 116 days in a rehabilitation facility and for 59 days behind bars.

Brown was in jail after a judge ruled that the singer violated probation.

Chris Brown has an upcoming assault trial that stems from a Washington, D.C. altercation. TMZ reports that the trial should begin within months.

Following his release, Chris Brown made the following Twitter posts: 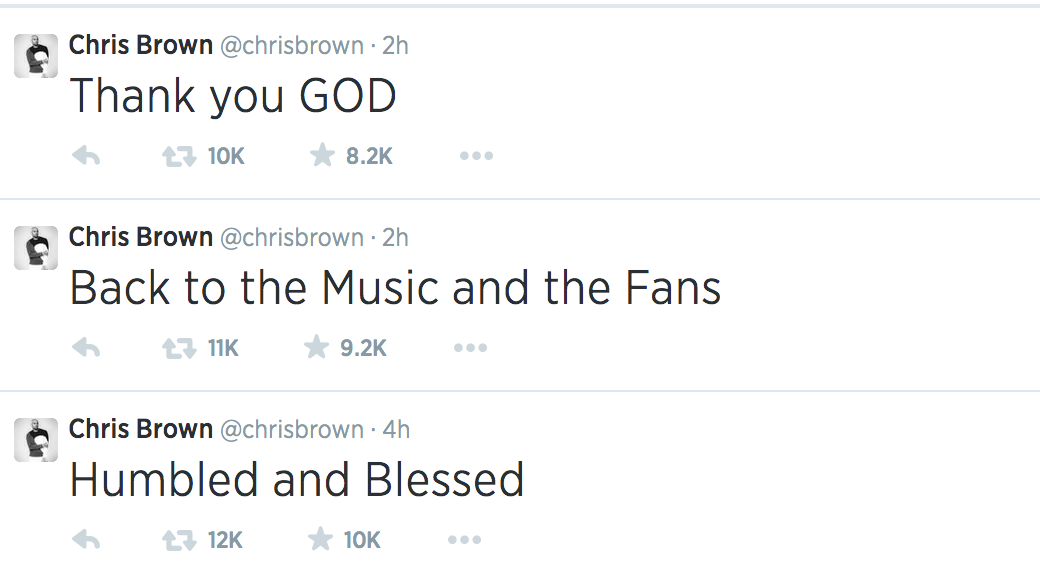