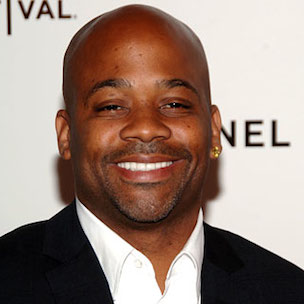 Dame Dash recently criticized Steve Stoute in an interview with Hip Hop Motivation, while speaking about some of his own ventures into the world of films.

“You know how many Black people I tried to put together to make movies?” Dash says. “There always be that one group – or because of Steve Stoute, or somebody that’s a culture robber, or doesn’t care about his culture – [that] would break that up.

“A guy like Steve Stoute would always take the people that are protecting the creative [and] eliminate them, so he could rob the creative,” Dash adds. “Just so he could get his money. Even if he kills that Black man or that person’s brand.”

In an effort to help explain his stance, Dash also offered the following points.

“I was against him putting Jay [Z]’s whole name on a $40 dollar sneaker, just so they could get a check,” Dash says. “How he had Jay doing Budweiser [commercials] with a confederate flag for a check. That’s not good for your brand. I wouldn’t do it like that, that’s his approach. I don’t like that dude, because he doesn’t care about his culture and he’s a liar.”

Dash says he hasn’t respected Stoute for many years.

“I also watched [the Notorious B.I.G.’s] crew put lipstick on him and a wig on him when he fell asleep,” Dame says. “That’s how I first seen him, so I couldn’t respect him from that day.”

This isn’t the first time Dash has addressed Stoute. In April 2014, he had the following to say:

“Ha!…Steve Stout stays getting punked….but I have to agree with 50 on this one…he is one of the most dangerous people in our culture…he makes artist from our culture make themselves corny by working for corperate so he can personally gain…he’s wack and he makes everyone around him look wack…beware,” Dash said in the caption of a photograph featuring 50 Cent confronting Stoute.