Justin Bieber has addressed the status of his bond with his manager, Scooter Braun, following criticism the manager received from Lil Wayne.

“All love” is the caption Bieber used for the post, which features two images of him and Braun hugging one another.

As reported yesterday (May 26), Lil Wayne said he was displeased with what he’s heard regarding Braun.

“I heard this bitch-ass nigga Scooter talkin’ shit about my little brother,” the rapper says in a YouTube post, which is below. “Nigga, this my mothafuckin’ brother. Anything you got to say, when you see me, say it to my motherfuckin’ face. And if you do happen to say it to my motherfuckin’ face, I ain’t gonna make you eat them words, nigga. I’ma put them bitches on your tombstone…Fuck you, Scooter.”

In the clip, Lil Wayne refers to Justin Bieber as his “little brother,” also. 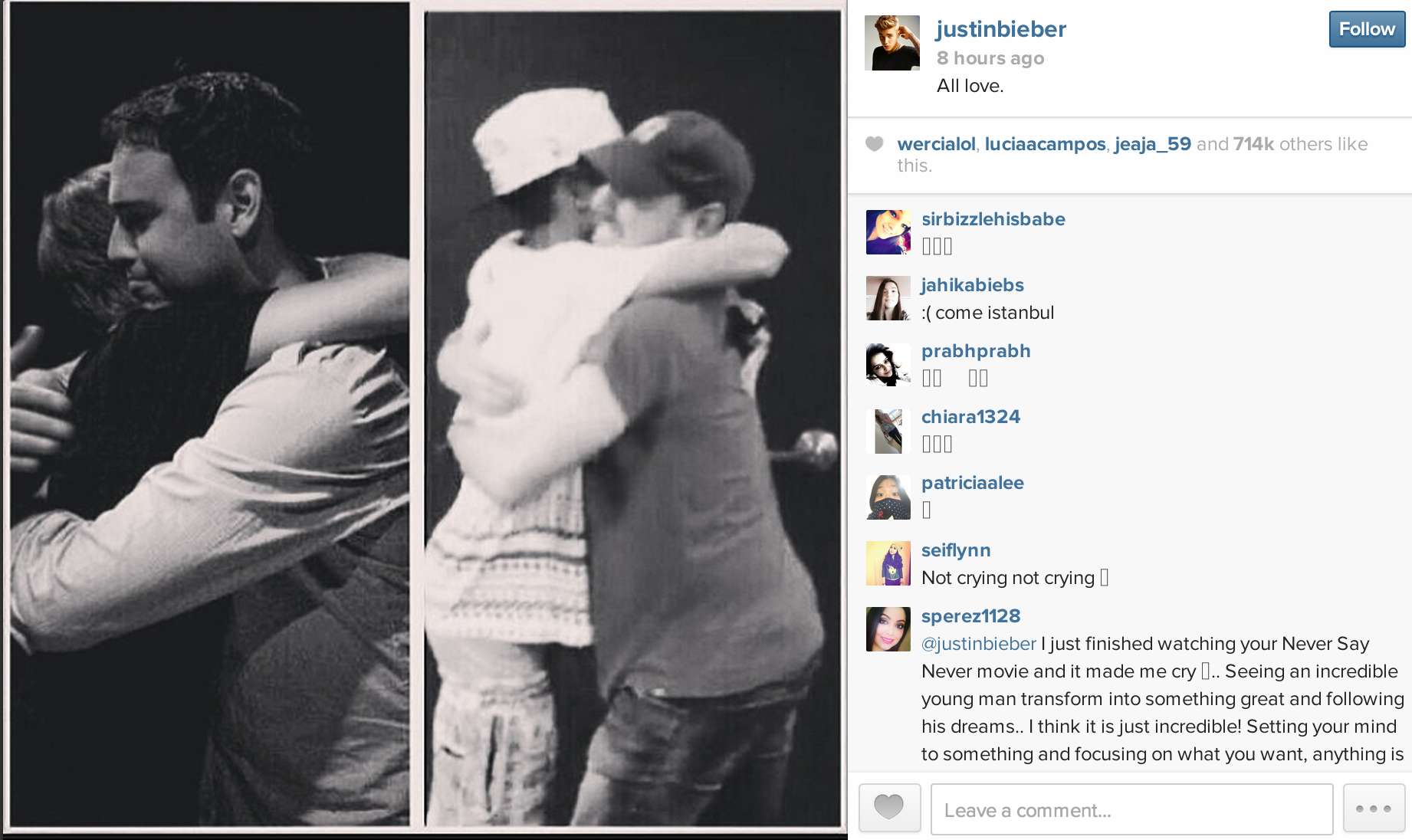