Future Explains Pharrell's Reluctance To Appear On "Move That Dope" 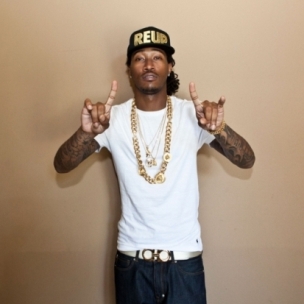 Future says Pharrell was reluctant to appear on “Move That Dope” initially.

“It was a difficult situation for him,” Future says to Billboard. “He was going to the Oscars, and whatever he was in was a different music space, and to get him to do a verse on a song with that subject matter was difficult.

“[Pharrell] was like, ‘Man, I don’t know if I should do this, ’cause I don’t want, like, a big backlash on me. I love this song, but I don’t want a backlash,'” Future adds. “I was like, ‘Man, no, it’s a positive message. The verse is telling people to let everything go. You have a message that’s positive throughout your verse. I think people need to hear that, ’cause your voice is such a big voice in hip-hop.’ And he was down with it in the end.”

“Move That Dope” appears on Future’s Honest, and the cut was discussed in HipHopDX’s review of the project, which earned a 3 out of 5 X rating.

“Honest’s top single, ‘Move That Dope,‘ pairs Future, Pusha T, Pharrell and Casino over a cascade of burping Mike WiLL Made-It synths. Future rhymes Maserati with Maserati and whips his dope like Roots protagonist Kunta Kinte: nothing spectacular or new in the way of brick talk.”

The music video for “Move That Dope,” which also features Pusha T, is below.