Jack White recently spoke with Rolling Stone about his appreciation for Kanye West.

White says West reached out to him for a Yeezus collaboration that was never realized. White says he was saddened by this and appreciative of the emcee’s Yeezus tour.

“That might have been the greatest show I’ve seen in my life,” he says. “It was more punk, more in-your-face than anything I’ve seen.”

“I’m not sure he liked them,” White says.

Jack White has worked with emcees before, including Black Milk.

Jack White’s Rolling Stone interview is part of an issue that features the former White Stripes frontman on its cover. 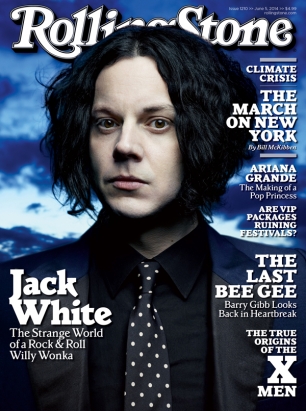