Jeezy agreed to pay an undisclosed amount of money to the Hell’s Angels Motorcycle Club in order to settle a lawsuit between the two parties, TMZ reports.

The lawsuit was filed against Jeezy’s 8732 Apparel. The Club claimed that Jeezy copied their “Death Head Logo” to sell on jackets and hats.

The lawsuit, which also sought to stop 8732 Apparel from selling merchandise featuring the logo in dispute, alleged that Jeezy has made money by using the Hells Angels logo on 8732 Apparel jackets and hats.

“We always get what we want,” the Hell’s Angels told TMZ.

An image of the 8732 jacket and the Hell’s Angels jacket is below. 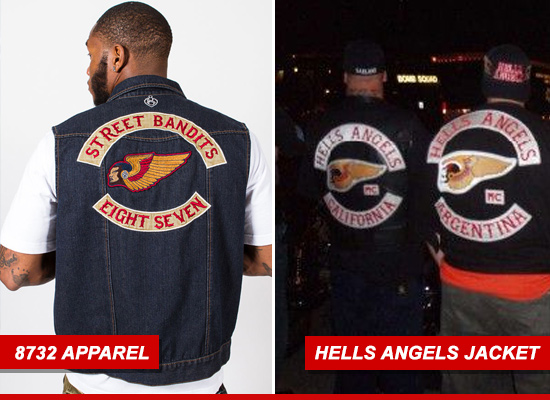