HipHopDX users were recently asked to rank the week’s top charting Hip Hop albums based on most intriguing lyrics.

John Legend’s Love In The Future earned the top spot with 94 thumbs up and 65 thumbs down.

An anonymous poster responded to Iggy Azalea critics with the following comment: “Iggy is a rising star. She came in on her own. After TI abused her, she got the fuck out and now she’s more successful than tip.”

Another anonymous poster replied: “She ain’t a rising star, just another hot-at-the-moment artist. TI never abused her and she’s not more successful than him.”

Respond to this week’s question here. 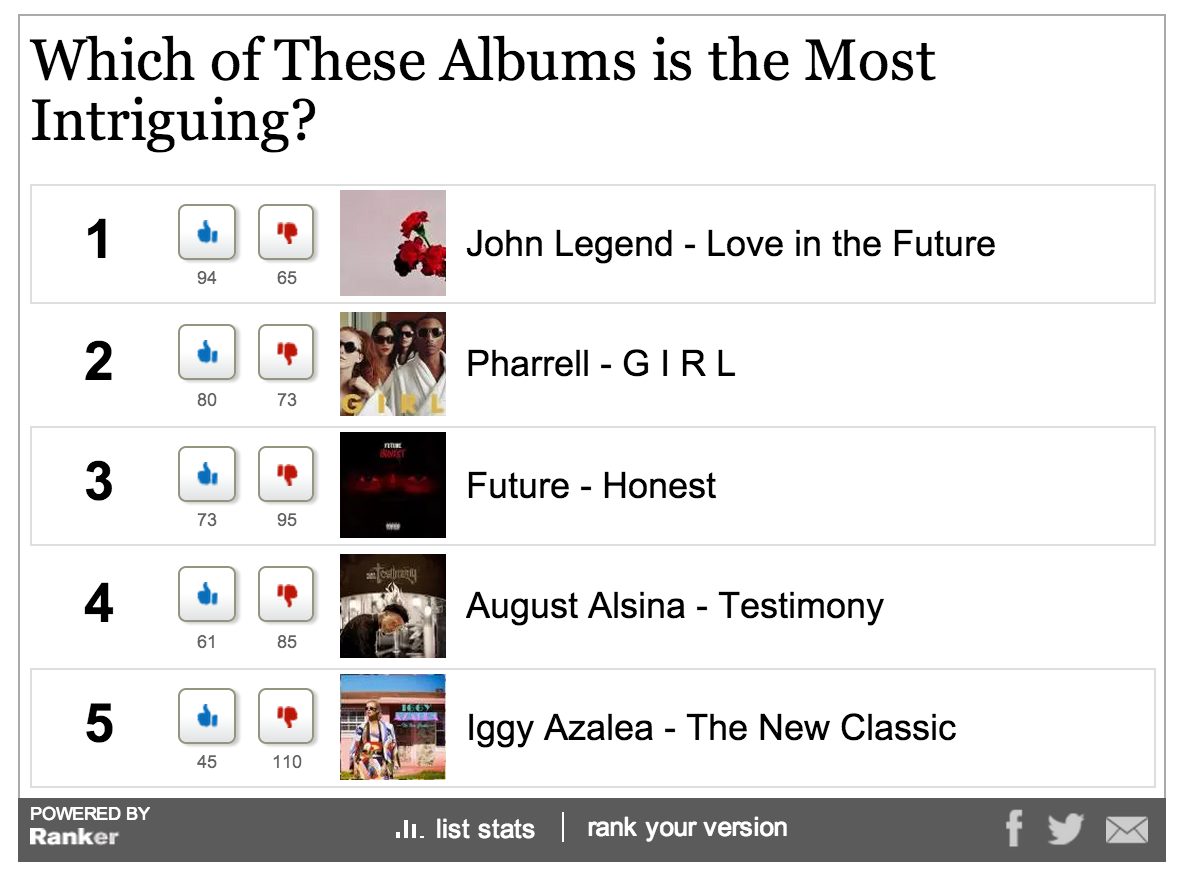