A screenshot of an alleged Solange Knowles Twitter update surfaced online and now it has been confirmed that the post is fake.

“he tried the right one.I keep telling yall that nigga ain’t bout that life. u hit my sis I hit u hoe. talk what you know! y’all don’t know [expletive],” the screenshot says.

“I can confirm that Solange did not tweet that; that is not a real tweet,” the representative said in a statement to TMZ.

An image of the alleged Twitter screenshot is below. 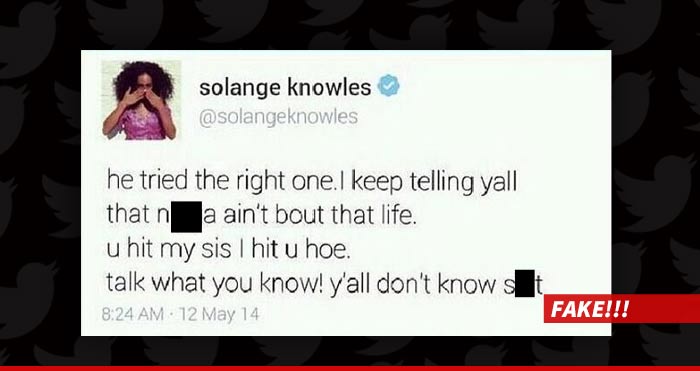