Following reported news of Beats Electronics being purchased by Apple, Game has sent a congratulator message to his mentor and Aftermath Entertainment boss.

“#FlashbackFriday A BILLIONAIRE in the making. Congrats big homie !!!!!!!! #Compton,” Game says in his Instagram post, which features a photograph of Dr. Dre.

The social media post follows news that Apple is set to purchase Beats Electronics for $3.2 billion. It’s been reported that the sale of the company owned by Dr. Dre and Jimmy Iovine would make Dr. Dre approximately $1 billion.

Dre appeared to address this in a video earlier today (May 9).

“The first billionaire in Hip Hop right here from the motherfucking West Coast,” Dre says in a clip filmed by singer-actor Tyrese.

To view the Dr. Dre clip, which is available on HipHopDX, click here. 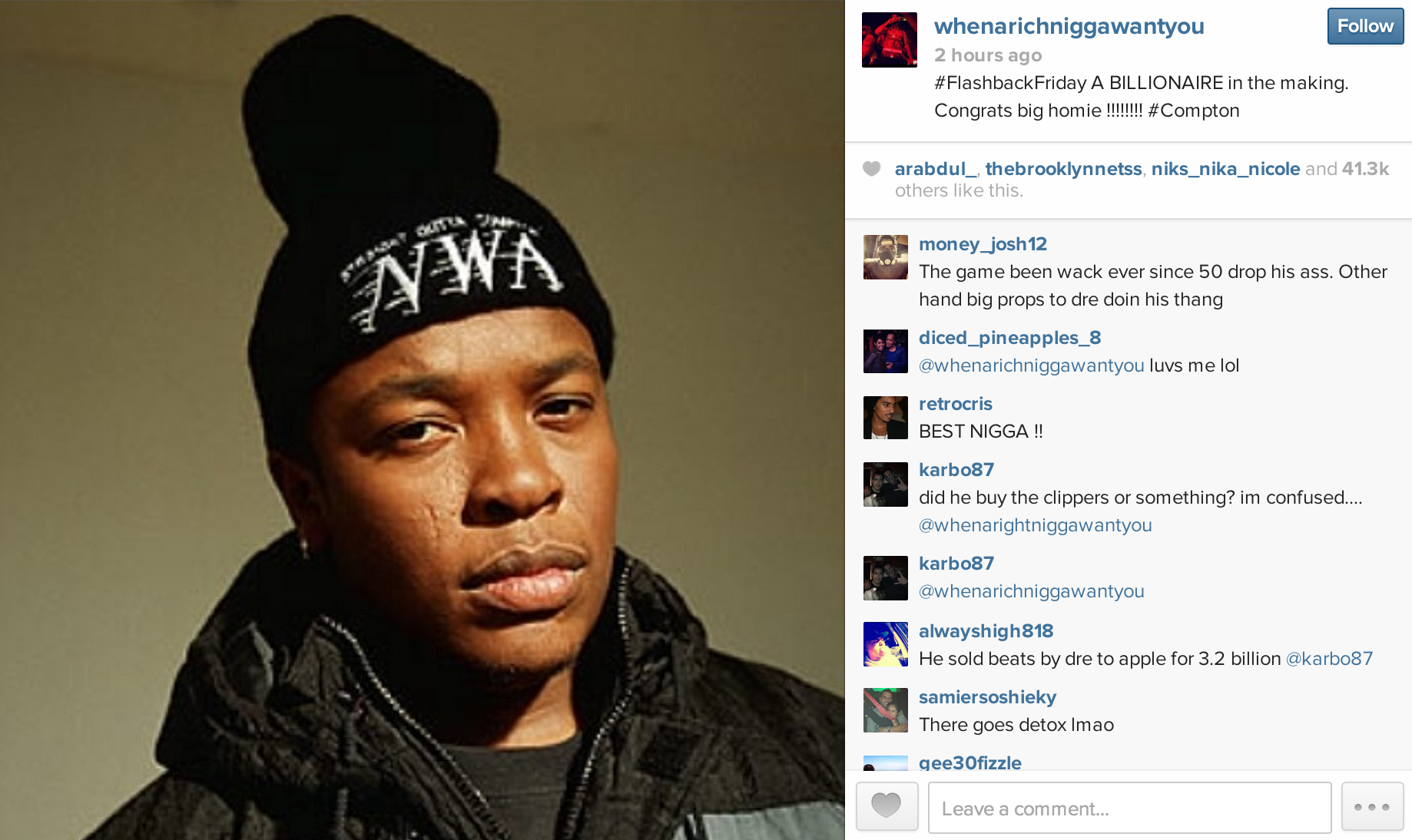