Eminem has announced that the music video for “Headlights” is set to be released Sunday (May 11), Mother’s Day.

The rapper announced this news on Instagram and says Spike Lee is involved with the video for the track, which appears on Em’s The Marshall Mathers LP 2.

“Headlights” features an apology from Eminem to his mother.

“I’m sorry mama for ‘Cleaning Out My Closet,’ at the time I was angry,” Eminem raps on the track. “Rightfully maybe so, never meant that far to take it though, ’cause / Now I know it’s not your fault, and I’m not making jokes / That song I no longer play at shows and I cringe every time it’s on the radio.”

“I went in headfirst,” Eminem raps on the track. “Never thinking about who what I said hurt / In what verse / My mom probably got it the worst / The brunt of it, but as stubborn as we are / Did I take it too far? / ‘Cleaning Out My Closet’ and all them other songs / But regardless, I don’t hate you ’cause ma / You’re still beautiful to me, ’cause you’re my mom.”

In April, Eminem was photographed next to Spike Lee. “Spike came out to The D for the ‘Headlights’ video…Coming soon,” Eminem said in his caption of that photo on Instagram. 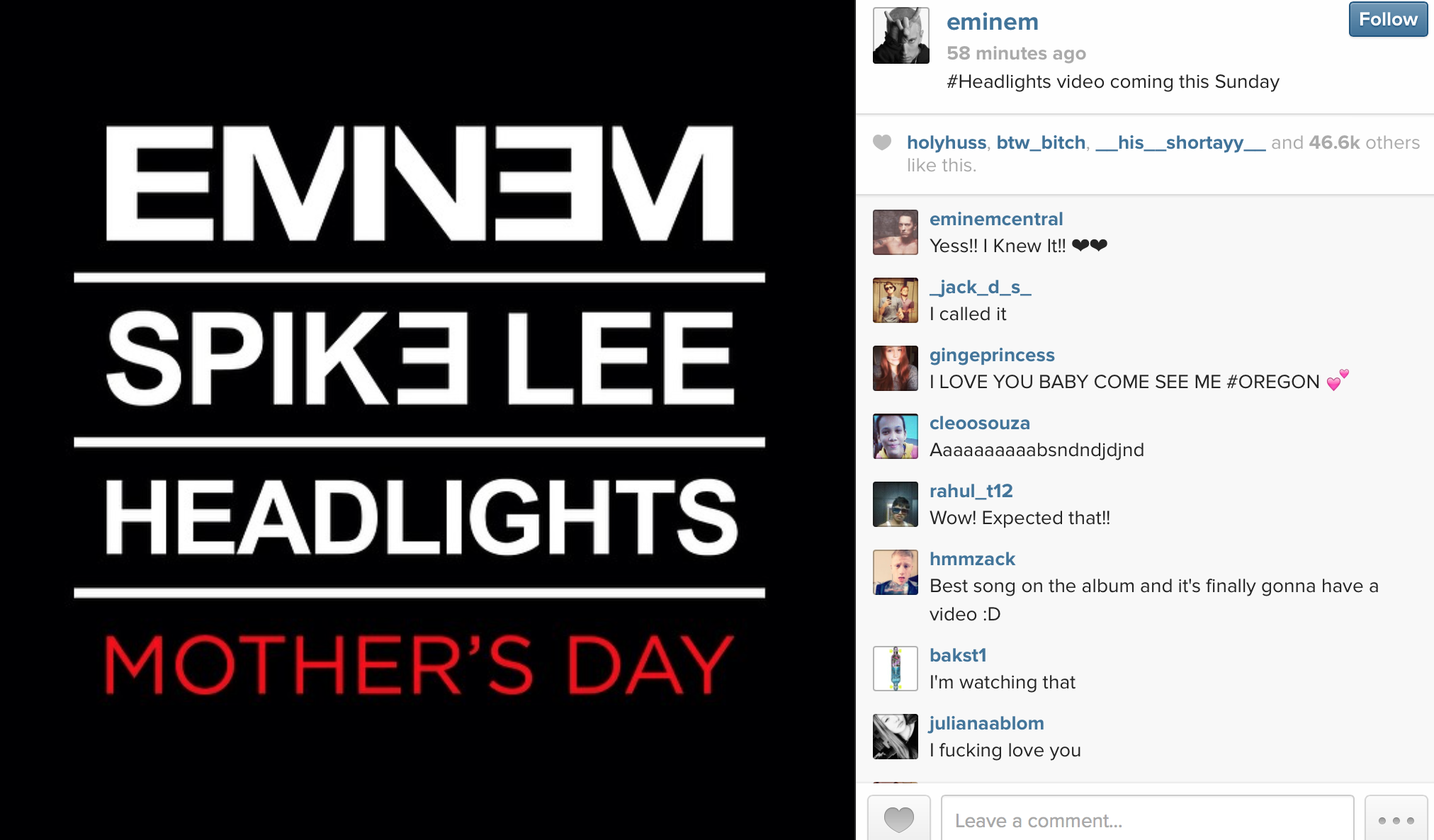 RELATED: Eminem Apologizes To His Mother On “Headlights”