Nitty Scott, MC is set to embark on her upcoming The Art Of Chill Tour.

“I am beyond excited today to announce that I’ll be headlining The Art Of Chill Tour with Alex Wiley & Ken Rebel,” Nitty Scott says in a statement to press. “In honor of my full-length LP dropping on May 23rd, we’re hitting the road to bring the Boombox Family some flowery greatness.”

The tour is set to kick off June 8 in Cleveland, Ohio and it is scheduled to come to an end June 22 in St. Louis, Missouri.

In March, Nitty Scott spoke with HipHopDX about her forthcoming The Art Of Chill project.

“I am going ahead and opening up with my story about sexual abuse,” Scott said in an exclusive interview with HipHopDX. “It’s something that I think happens way too often…I think [this album is] going to speak to so many women out there that can relate, and that have buried that and carried that with them.”

Dates are as follows: 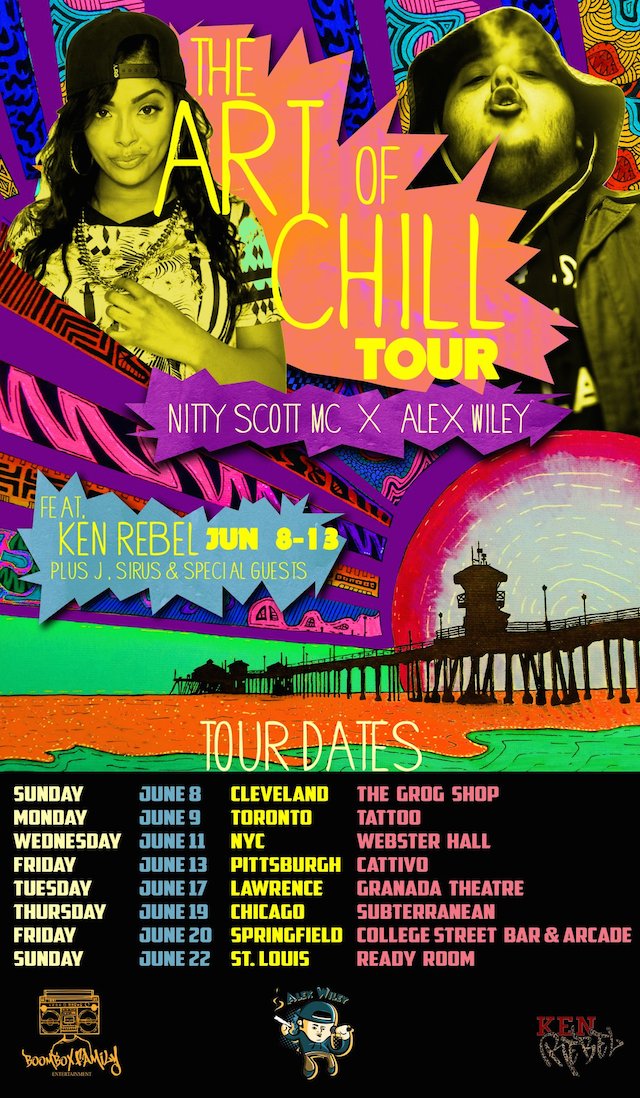