Eminem’s The Marshall Mathers LP 2 and Nas’ Illmatic faced off for the #1 spot in this week’s poll. Due to the Ranker system, while Nas’ Illmatic earned 1,024 thumbs up, it came in at #2 due to the 217 thumbs down the effort generated. Eminem’s The Marshall Mathers LP received 948 thumbs up and 165 thumbs down. As a result, Eminem’s project came up with the #1 placement.

An anonymous user responded: “Illmatic had an underground sound to it. Illmatic didn’t have a huge single that dominated the airwaves like MMLP (‘The Real Slim Shady’). Illmatic wasn’t filled with controversial shock lyrics. And also, not trying to turn this into a race thing, but Eminem had all the ‘white rapper’ hype surrounding him. That was pretty stupid to compare those two albums together. Paid In Full is also considered an influential and quintessential hip hop album, but that had the same factors as Illmatic and also took years for it to go platinum.”

The results for the “most insightful” question are as follows: 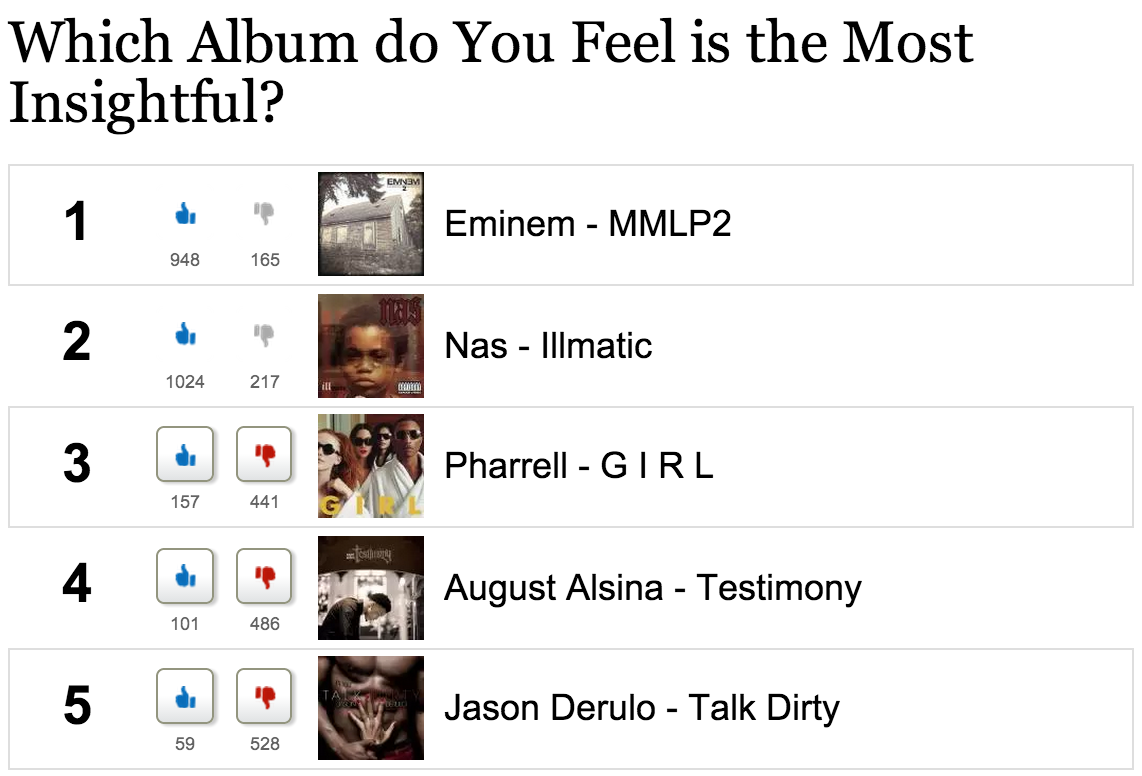