Supperclub Los Angeles has released a statement regarding an incident that took place Wednesday (April 30) involving T.I. and Game.

“The events that happened in the parking lot behind Supperclub Los Angeles in the early hours of Wednesday morning are severely disheartening, leaving our company and organization frustrated, and our Hollywood neighbors saddened,” Supperclub says in a statement released to press. “An unfortunate escalation between an angry on-looker who was denied entry to Supperclub, and a rogue security officer who took matters too far, led to an untenable altercation which represented the worst in all of us.

“Although T.I. and The Game were in the parking lot during this time, they were not directly involved with this incident,” Supperclub says. “Community leader ‘Big U,’ of Developing Options, was in fact, not arrested, contrary to false reports, and had no part in this altercation. The third party security company that was hired for this outside promotional event, is not a part of Supperclub Los Angeles, and will never be booked by Supperclub, or the venue’s outside promotional vendors again.
The owners, management and family of Supperclub vehemently condemn this act, and any act of violence, as it directly contradicts its core philosophies of celebration of the arts, food and culture.”

As reported Wednesday (April 30), Game and T.I. were in a standoff with Los Angeles Police Department officials outside of the Supperclub nightclub. TMZ released footage of the incident, featuring Game and T.I. In the clip, T.I. speaks to officers that he believed hurt one of his associates. “Y’all got a lot of people to beat up,” T.I. says in the TMZ video. “There’s a lot of people to beat up, now. You need that good lawyer.”

As reported yesterday (May 1), T.I. has dodged questions regarding the incident. “I don’t know what the fuck you talking about,” T.I. said to one paparazzi videographer asking him about the incident.

Clips from the standoff and the altercation are below. 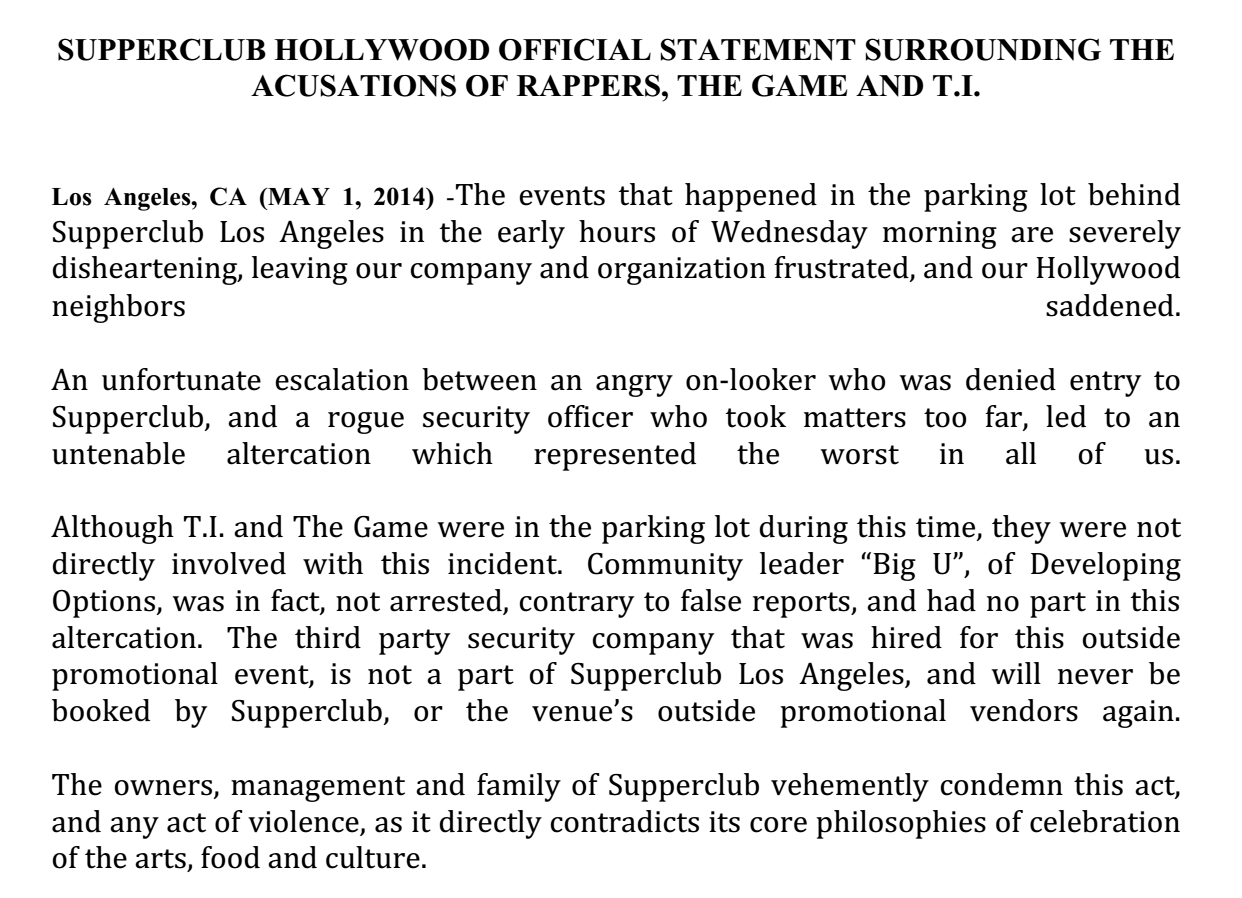