Pharrell says he’s changed some of his beliefs about himself as he’s progressed through life.

“When I was young, I thought I knew everything,” Pharrell, 41, says in an interview with W. “Now, I’m not sure if I know anything.”

The rapper-producer-singer appears on the cover of the magazine’s Art issue. During the profile, Pharrell speaks about his Vivienne Westwood-designed hat.

“It’s a strange thing about the hat,” Pharrell says. “I went into the store World’s End in London with my friend Ronnie Newhouse to buy a pair of boots for my wife. While we were there, Ronnie [a creative director who understands the power and history of fashion like few others] told me that the hat was designed by Vivienne Westwood and was championed by her then husband, Malcolm McLaren, who managed the Sex Pistols. I bought two hats that day, and I wore one in a TV interview soon after. No one said anything about the hat. They didn’t notice.”

Although fashion has been the point of many discussions surrounding Pharrell this year due to his Westwood hat, Pharrell also explains that his first love remains music.

“Music will always be my first love,” he says. “But the one thing I’ve learned is that this life is a movie and I am a cocreator. It’s a big movie, and there’s a lot of creativity going on. As long as I play my part, it won’t be over for quite a while.”

Part of Pharrell’s arsenal in music lies in Rap, of course. In this issue, the producer also explains how his understanding of Rap has helped him craft tracks in other genres.

“I realized that a lot of women didn’t know how to fit in to the rhythm of Rap songs—they needed music to bend and curve a little bit,” he says. “I was producing Robin Thicke, and he is a soulful White boy and I thought we could take some chances. That song [‘Blurred Lines’] was what happened.” 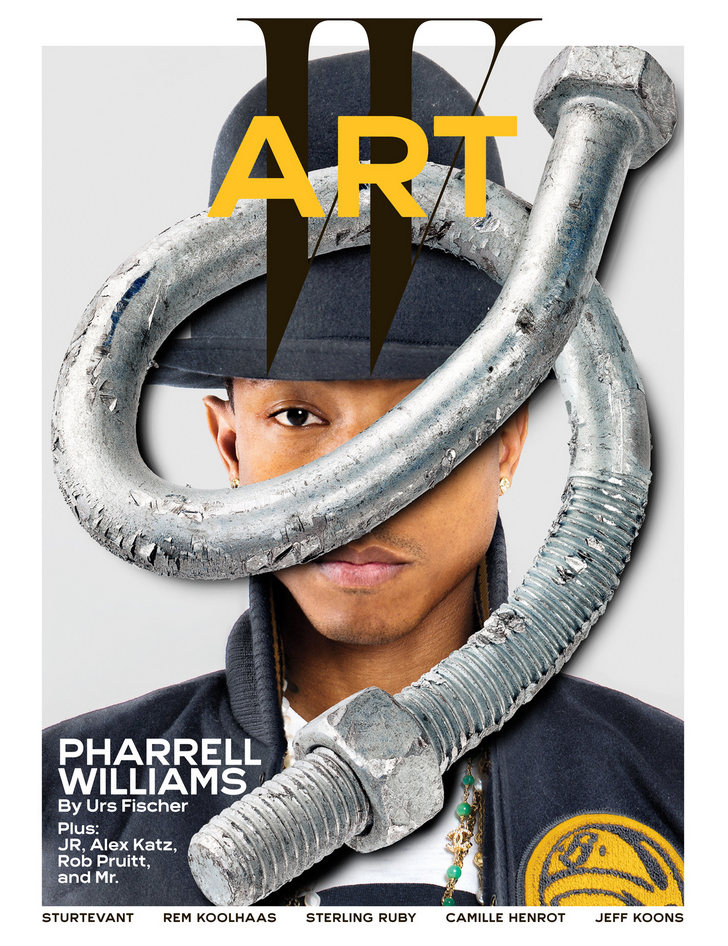