Game and Ed Sheeran have announced a collaborative album.

“I’m working on a joint album with Ed Sheeran that we trying to drop probably end of the year, beginning of 2015,” Game says in an interview with MTV. “That is gonna be crazy.”

Game says it was Sheeran’s idea.

“Ed came up with the idea to start working on a joint album, and we started doing it,” Game says. “That was like in five hours. We was just going. He was on that guitar. Acoustically, he’s a genius, man, so when he does that, what comes out of me is songs like ‘Dreams’ and ‘Hate It or Love It’ and ‘My Life.’ The songs that we got, they’re real songs. And I can’t wait for people to hear ‘em.”

“He tweeted something about Jesus Piece, I responded, we exchanged numbers on the DM, and then we got in the studio. We were just planning to record one song; we ended up doing like seven.”

Sheeran is gearing up to release X, the artist’s second studio album. Game is prepping the release of Blood Moon, a compilation for his imprint, Blood Money Entertainment. Blood Moon is expected to drop within months with a DJ Mustard-produced single expected in May. He is prepping his next solo project as well, which could be his last on Interscope.

“I’m still negotiating my contract with Birdman,” Game says. “Lawyers [are] talking. We’ll try to have that figured out soon. That’s for my sixth album, which is untitled.”

Sheeran has collaborated with rappers, including Yelawolf and Lupe Fiasco. 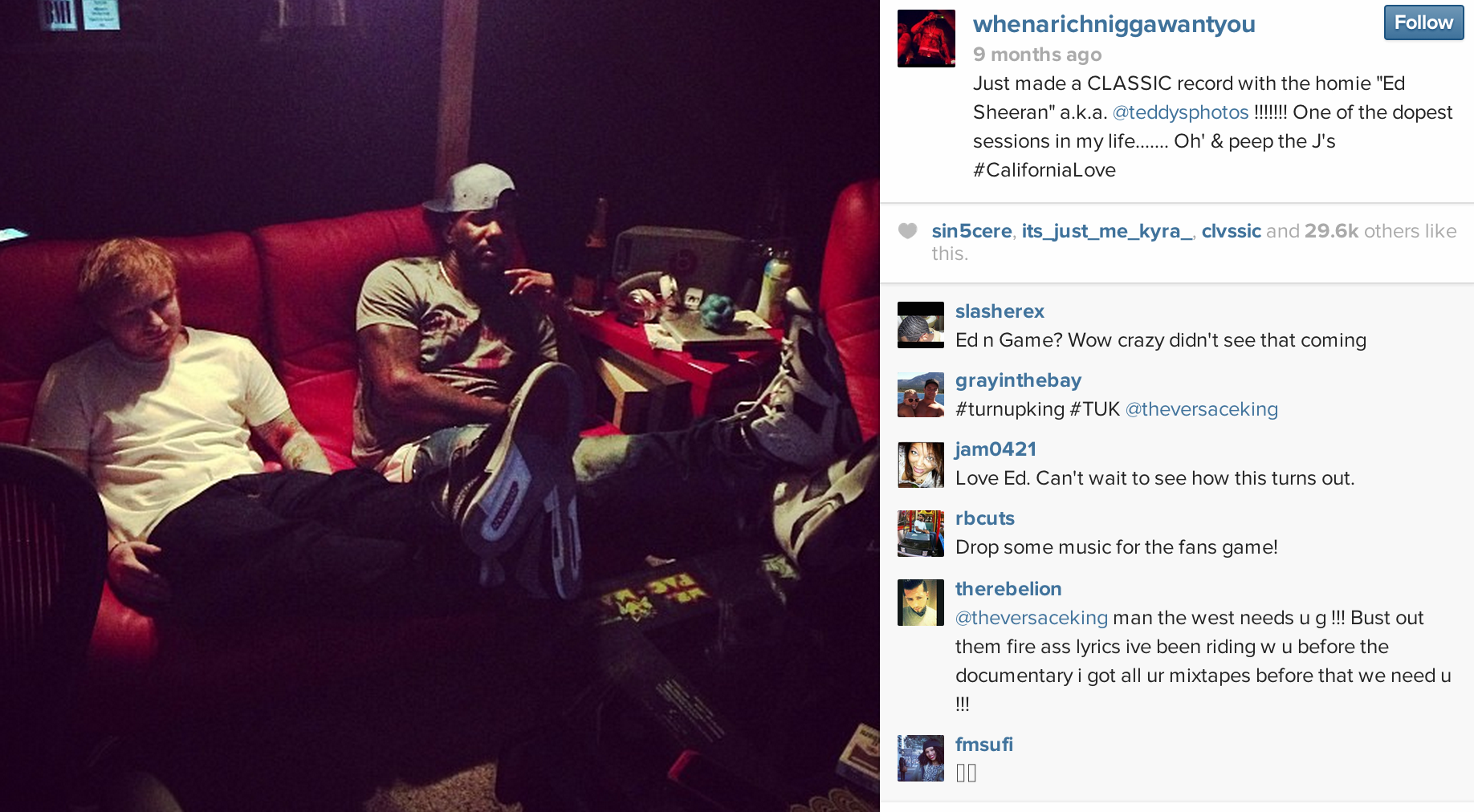