Chance The Rapper Released From Hospital

Chance The Rapper has been released from the hospital after being admitted for an illness and canceling his Coachella Weekend 2 set.

“Feeling better thanks for the prayers. Ima be back [100 percent] for Wednesday’s show I promise. Resting at home for now. God bless u guys,” Chance says in a Twitter post.

The rapper’s management team made his illness known via social media over the weekend.

“Chance fell ill on Friday night & was admitted to the hospital today- Doctors & family are with him & he is expected to make a full recovery,” the rapper’s management team said in a statement released via Chance’s official Twitter page.

“On behalf of @chancetherapper and our entire team- We sincerely regret to have to cancel our 2nd weekend at coachella. -CTR MGMT,” the statement added.

An image of Chance in the hospital was also released at the time. It is below. 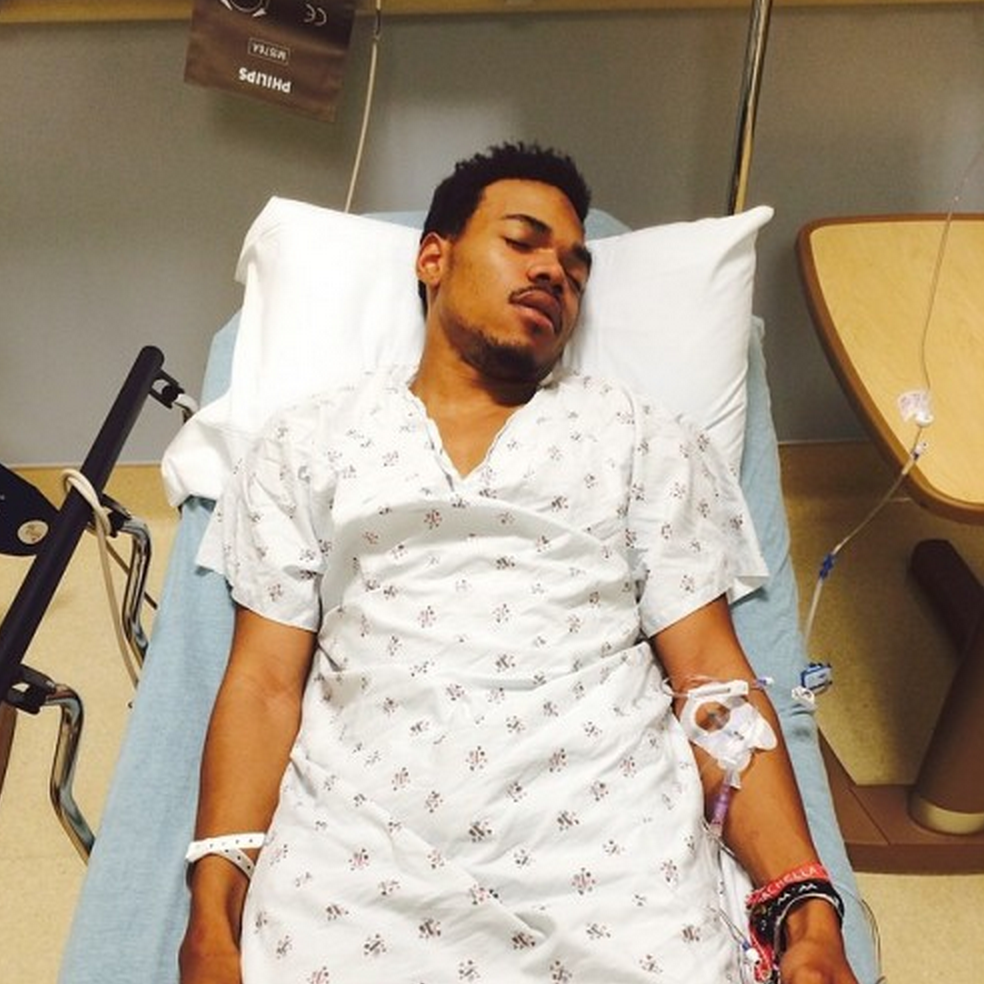 The nature of Chance’s illness has not been announced.