Friday, Macklemore performed at the Jordan Brand Classic at the Barclays Center. He also posted to Instagram a photo of him and Michael Jordan with the caption, “The greatest ever… #jordan #selfiedondada.”

Macklemore perhaps creates somewhat of a controversy with the reveal of his shoes. In the past he’s rapped about ills of consumerism, particularly regarding shoe culture. In the song “WINGS” he raps, “A hundred dollars for a pair of shoes I would never hoop in / Look at me, look at me, I’m a cool kid / I’m an individual, yeah, but I’m part of a movement / My movement told me be a consumer and I consumed it.

“And this pair, this would be my parachute / So much more than just a pair of shoes,” he continues later to closeout the track. “Nah, this is what I am / What I wore, this is the source of my youth / This dream that they sold to you / For a hundred dollars and some change / Consumption is in the veins / And now I see it’s just another pair of shoes.”

View pictures of Macklemore and his Jordan shoes below (photos via Macklemore): 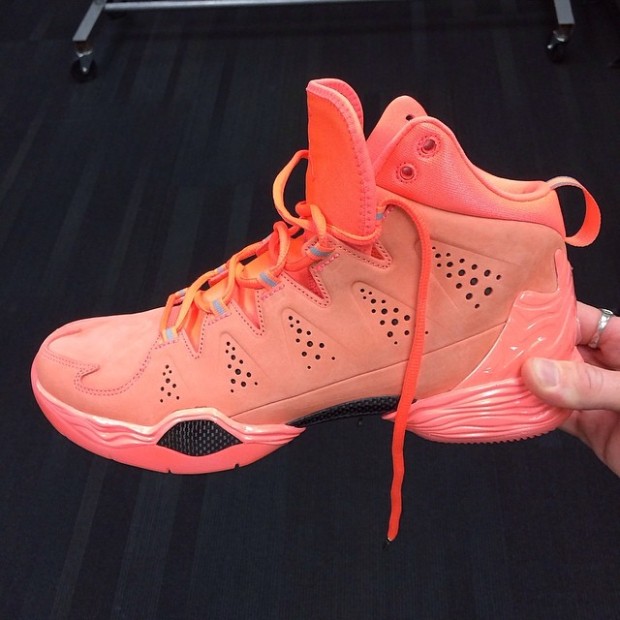