Some artists may find it difficult to release one project a year, but Cam’ron says he plans on releasing one every month, a strategy the emcee recently discussed when addressing the landscape of the music industry.

“Music has changed and it’s always fun, but I like to make money while I’m making music, so I just had to figure out a new strategy,” Cam’ron says in the cover story of Mass Appeal’s issue #54. “Things are changing and if you don’t change with the times, you gon’ get stuck in the past. I’ve been working on this thing called ‘The First of the Month.’ I’m putting out an EP every month with a 30-minute episode so you’re not waiting a year or more for the next album… [The 30-minute episode is] kinda like a show version of Killa Season. Instead of spending money on one movie, every month you have something new to look forward to.

“That’s just one thing that’s next,” Cam’ron adds. “Me and Dame have been working. I got back with Dame and it’s a pleasure. That’s my big brother. We just put out the Diplomat clothing line which has been great. We got a project called Federal Reserve with A-Trak that he put together. He’s working with Smoke DZA and I’m helping him out with that. We’re going to do a project eventually. We got a fur line coming. We got a lot of stuff going on.”

A project many Cam’ron fans have been asking for is another Dipset effort. Despite years of on and off turmoil within the group, Cam’ron says the crew’s members are currently in a better place.

“We all cool,” he says. “The thing about Dipset, it ain’t just music. It’s a lifestyle. Do what we want, when we want, that’s what diplomats do, so that’s why we named it Diplomats. We all in a good space. We mad cool. Juelz [Santana] was over the other day for his birthday. I spoke to Jim [Jones] yesterday. It’s just that we all busy, and for us to do music, we have to chill and be in the same room cause it would be fake if we didn’t. I could send this person a song if we wanted it to be like microwave rap, then cool. We’d rather have our shit sit in the oven and get cooked for the two, three hours the way it should be. But everybody’s in a good space.”

In March, Dipset announced DIPSET USA clothing on Karma Loop. “Basically when we formed Dipset,” Cam’ron said at the time, “it was more like, me and Jim [Jones] was like, we was always fly, we always got girls, we always was getting a couple dollars—in our eyes we thought that was money but it really wasn’t. We formed the Diplomats and then people in the streets started dapping to it. Then it became music. Then when we did music, people started feeling the music because of what we was doing in the streets. So, that’s why we got such a good vibe with it. But, like, you know, everybody started doing their solo stuff, we all branched into other businesses. At the end of the day, we made investments, we’re our own bosses, and all the profit comes back to us. So, we definitely gon’ be around, we ain’t going nowhere. Besides that, there’s a whole new generation of Dipset coming up beneath us. So, we’ll be around for a minute.”

Cam’ron’s Mass Appeal cover is below. 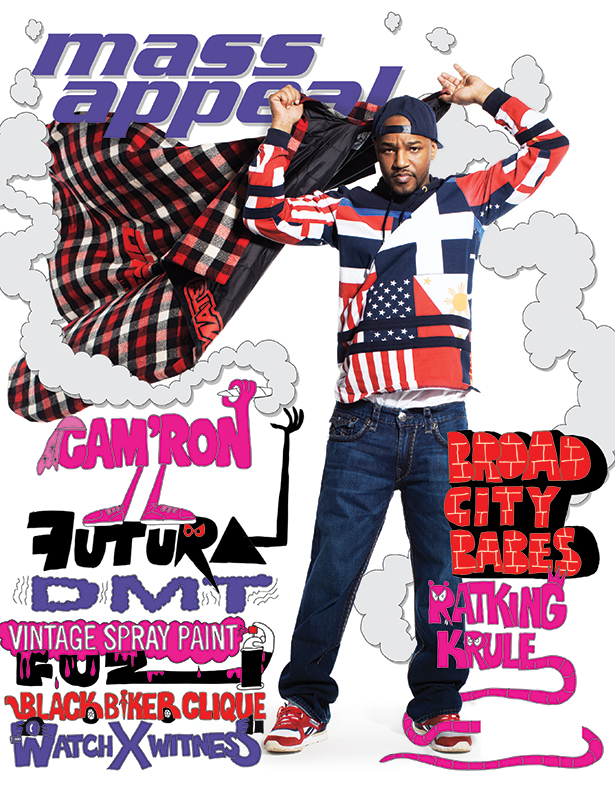