Q-Tip and Dr. Dre were recently photographed together, an image that was published on Instagram by the A Tribe Called Quest producer-emcee today (April 17).

The image features both artists embracing in a handshake in a recording studio. The photograph’s caption, which features several hashtags, is as follows: “#detox #lastzulu #hideyodrummachines #beatsnrhymes.”

It is unclear if the #detox hashtag reveals any potential work on the often-discussed and delayed Dr. Dre album.

In October 2012, Kendrick Lamar said Detox was delayed due to work on his album, good kid, m.A.A.d city.

“Detox got pushed ot the back just because my album,” Kendrick Lamar said at the time. “Dre really found interest in my music. Wanted me to go forward and push that immediately. That’s a great thing. I’ve heard the records on Detox. They’re insane, and the opportunity to be on that is a privilege and an honor.”

“When I was in the studio [with Dre], he was workin’ on a new Eminem song [from MMLP2],” Yella said at the time. “I heard something for Detox, but that was three years ago. They were great tracks, but you know, I don’t know if he really wants to put it out or…he’s such a perfectionist that if it ain’t perfect, it ain’t gonna be out. So I don’t know, and he doesn’t have to put it out. There’s no need to.”

In a separate 2014 interview, Yella said he wouldn’t release Detox if he was Dr. Dre.

“He let me hear songs from the album,” Yella said. “It’s a great album. From the ones I heard, but you know, he’s such a perfectionist, so it’s hard—I mean, to me he don’t have to come out with it. I wouldn’t. But if he want to it’s gon’ be perfect.” 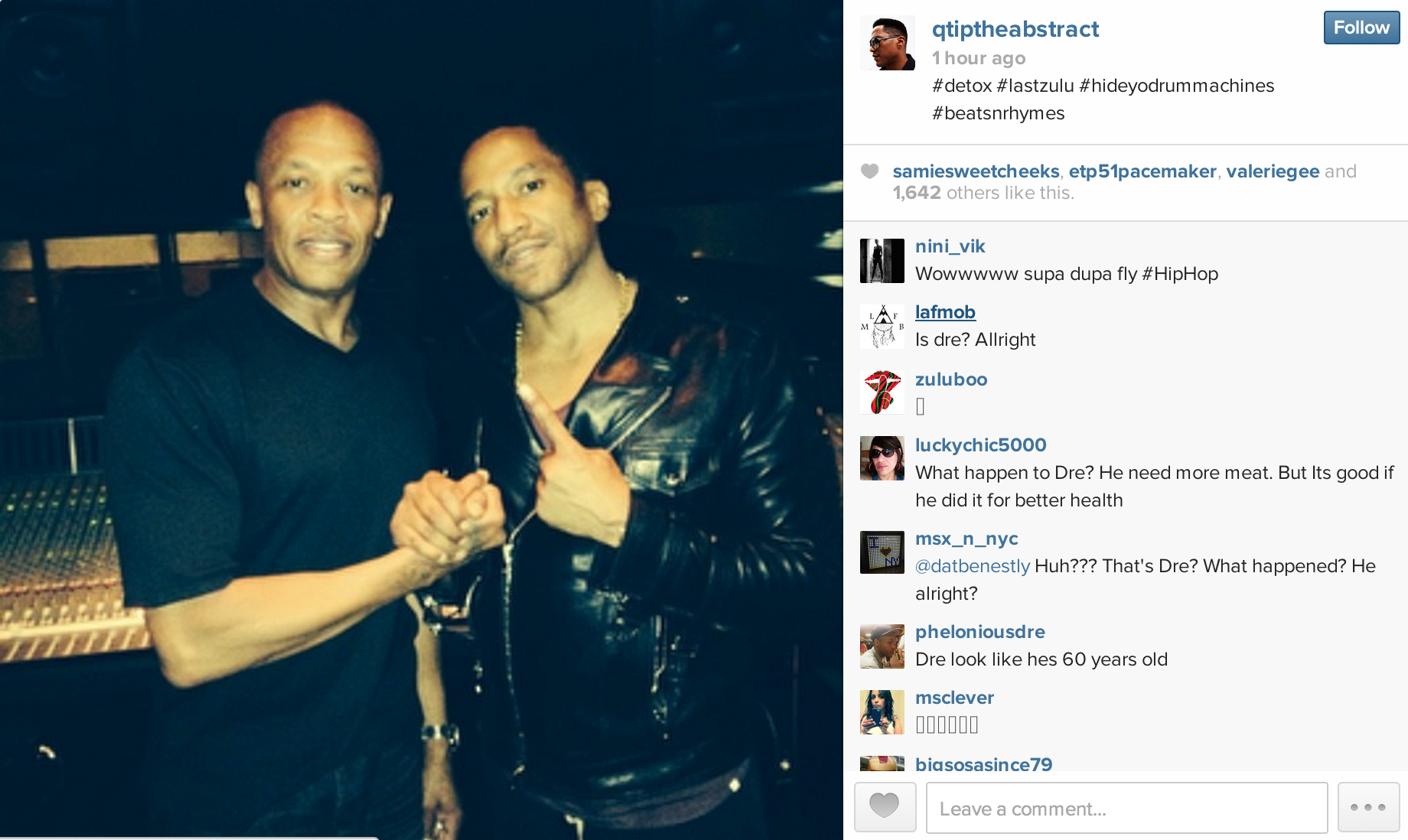