Nas’ debut album, Illmatic, was released April 19, 1994. In order to celebrate the project’s 20-year anniversary, Nas is set to release Illmatic XX today (April 15). Following yesterday’s list, HipHopDX looked back into its archives for the most viewed, most popular Illmatic-centered stories from August 2012 through this year. Here they are.

In October 2012, Kendrick Lamar addressed comparisons that had been made between his debut album, good kid, m.A.A.d. city and Nas’ Illmatic at the time.

“For people to even put my album in the light of that, is an accomplishment,” Kendrick Lamar said at the time. “It’s crazy to even be mentioned with it, but it’s scary at the same time. That era – I wanna say the age range now would be 30, 30 to 40 – they can recognize this was the album. Illmatic‘s the album for the ’90s era when I was growing up. The stories he was telling was something I can relate to. From the response, just from the leak…these kids out here, they’re all saying the same thing: this is the feel for this era…it’s just a weird feeling to be in that same type of light, ‘cus it takes a whole lot of responsibility to keep that up in the long run and longevity, and that’s something I don’t have yet…so Illmatic will always be #1.”

Before Illmatic XX was announced, there were other efforts to bring Illmatic back into retailers. In December, 2012, Get On Down announced a Deluxe Gold Edition of Nas’ Illmatic.

The Deluxe Gold Edition of Nas’ Illmatic included a CD and vinyl set. The tracks from the original project were remastered and housed in a trophy box. A 48-page hard cover of Nas’ lyrics and liner notes accompanied the collection, as well as a copy of the album’s press release and other promotional items.

Images of items in the set can be seen below. 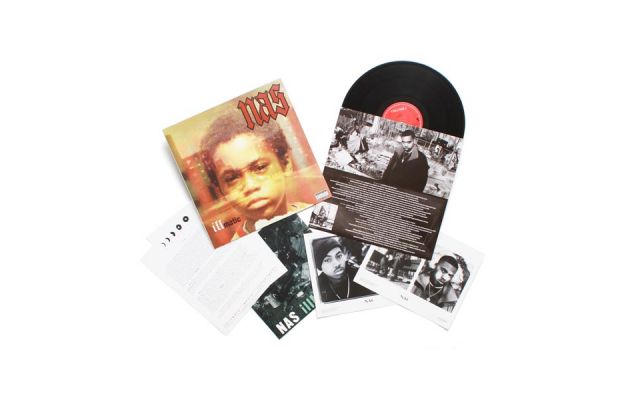 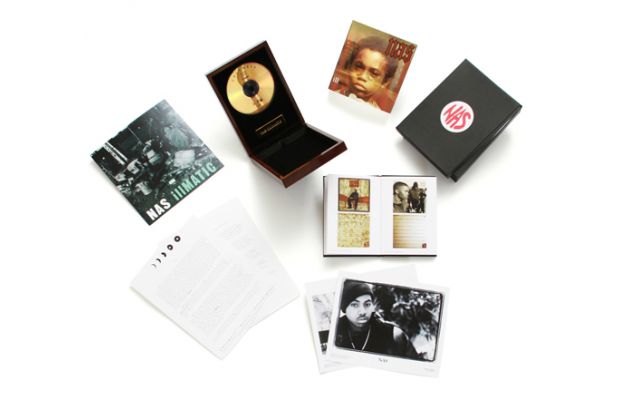 To read more about this limited edition 2012 release, click here.

In May 2013, DJ Premier spoke about how watching Large Professor work with Nas influenced his own production style.

“I watched Large Profess make ‘It Ain’t Hard To Tell,’ ‘One Time 4 Your Mind,’ and ‘It Ain’t Hard To Tell (Remix)’, all in one day,” Premier said at the time. “I sat there and watched him do it on the SP-1200…This was before I even did a beat for Nas. And I was like, ‘Yo.’ That’s how I do beats now because of the way Large Professor did it. He would just walk in and make it right there on the spot. That’s how I do. I don’t have like a whole CD of beats picked from. I walk in, do it, and say, ‘Here.’”

Nas Explains How He Would Make Illmatic 2

In January 2014, Nas said he’s thought about how he would craft a sequel to his debut album.

Nas has not announced any plans for an Illmatic 2. Nevertheless, Illmatic XX is scheduled to be available today featuring Illmatic remixes and unreleased cuts.

To read more about how Nas would craft Illmatic 2, click here.

On April 11, 2014, HipHopDX reported that Nas admitted to leaking Illmatic.

“I heard a lot of stories, but I feel guilty too because I was making tapes for my friends,” he said during an interview with REVOLT. “I didn’t think about it like, ‘My album’s gonna come out,’ but I made a few copies for my boys. Everybody wanted a copy so I just gave them a copy. It was playing in the neighborhood, so I thought it was cool that the neighborhood had the copies first until I heard [that] it was in [Los Angeles], Chicago, and all these different places. I was messed up for a minute. It was dope, too, at the same time because I knew people liked it. It was cool.”

To read more about Nas’ recent interview where he admits to leaking Illmatic, click here.