The April 2014 60 Minutes/Vanity Fair poll features several findings pertinent to Rap. One of the most significant Rap-based poll results includes a question about which musical genre has reached its peak.

Fifty percent of the Americans polled believe that Hip Hop has “likely reached its peak and will not get any better,” the results say. That was the highest number of all genres in the poll, with the next highest, Country, at 20 percent. “It may be that because Hip Hop is the most recently developed genre, it has not had the time to develop as strong and loyal a fan base as the other musical categories have,” CBS News says of this poll. “However, people of every age group including those 18-35 voted hip hop most likely to have peaked.”

This wasn’t the only poll result that featured user information regarding Rap. The 60 Minutes/Vanity Fair poll also asked users to select one of two genres for which it finds more important than the other. The two genres: Hip Hop and Jazz. The poll results say 73 percent of all users believe Jazz is more important than Hip Hop. “Hip Hop is undeniably popular, but Jazz is uniquely American,” CBS News says of the poll result. “It embodies the melting pot of the southern United States and is comprised of a rich gumbo of sounds that combine different African American spirituals with newer forms like Ragtime, Blues and Swing. The combinations create a series of ever-changing and evolving rhythmic beats that defy description.”

Forty-two percent of users polled also believe this decade has the worst music of all time. The 2000s are second on the list for worst decade in music, with 15 percent of the votes. The poll results also show how its users consume music. Forty-nine percent of those polled say they consume music through the radio and 17 percent through a digital music service. “As you might imagine, the devices that people use are often related directly to the age of the user,” CBS News says. “Only 24 percent of those under the age of 35 are still ‘radio heads’ while almost two out of three of them use personal devices or digital services. Now that’s music to the ears of the people who run those industries.”

Some of the poll results are below, as per CBS News. 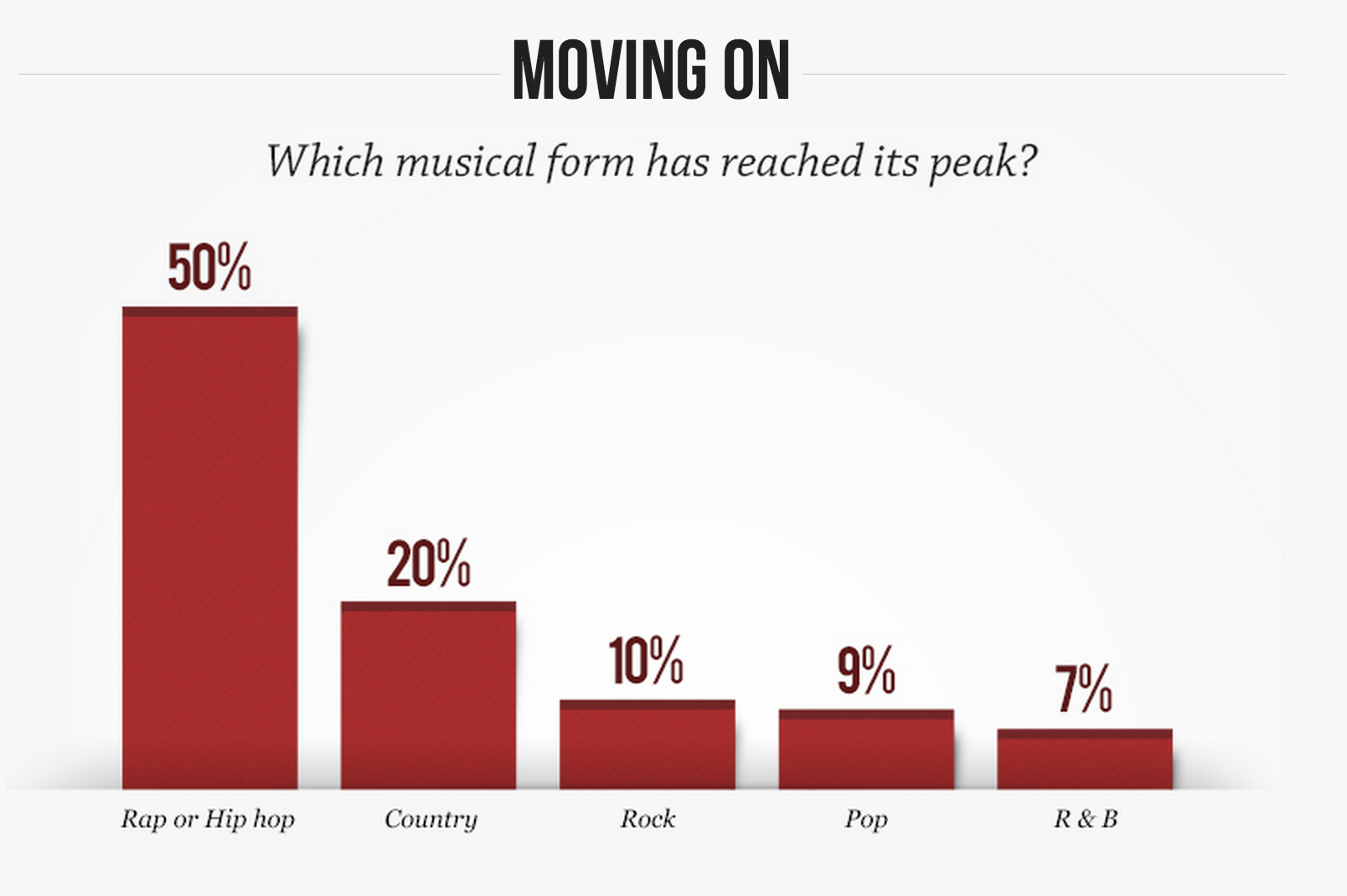 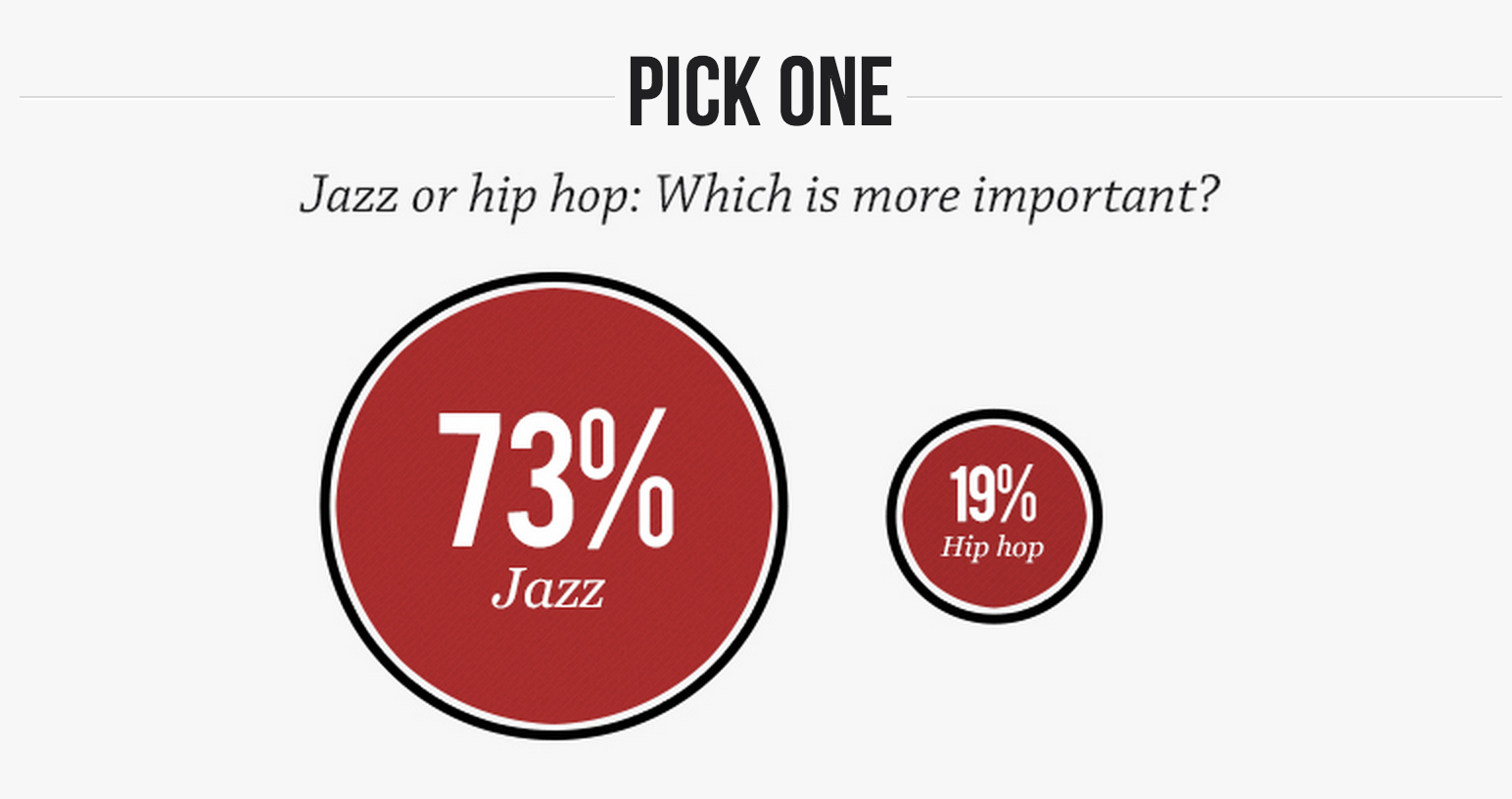 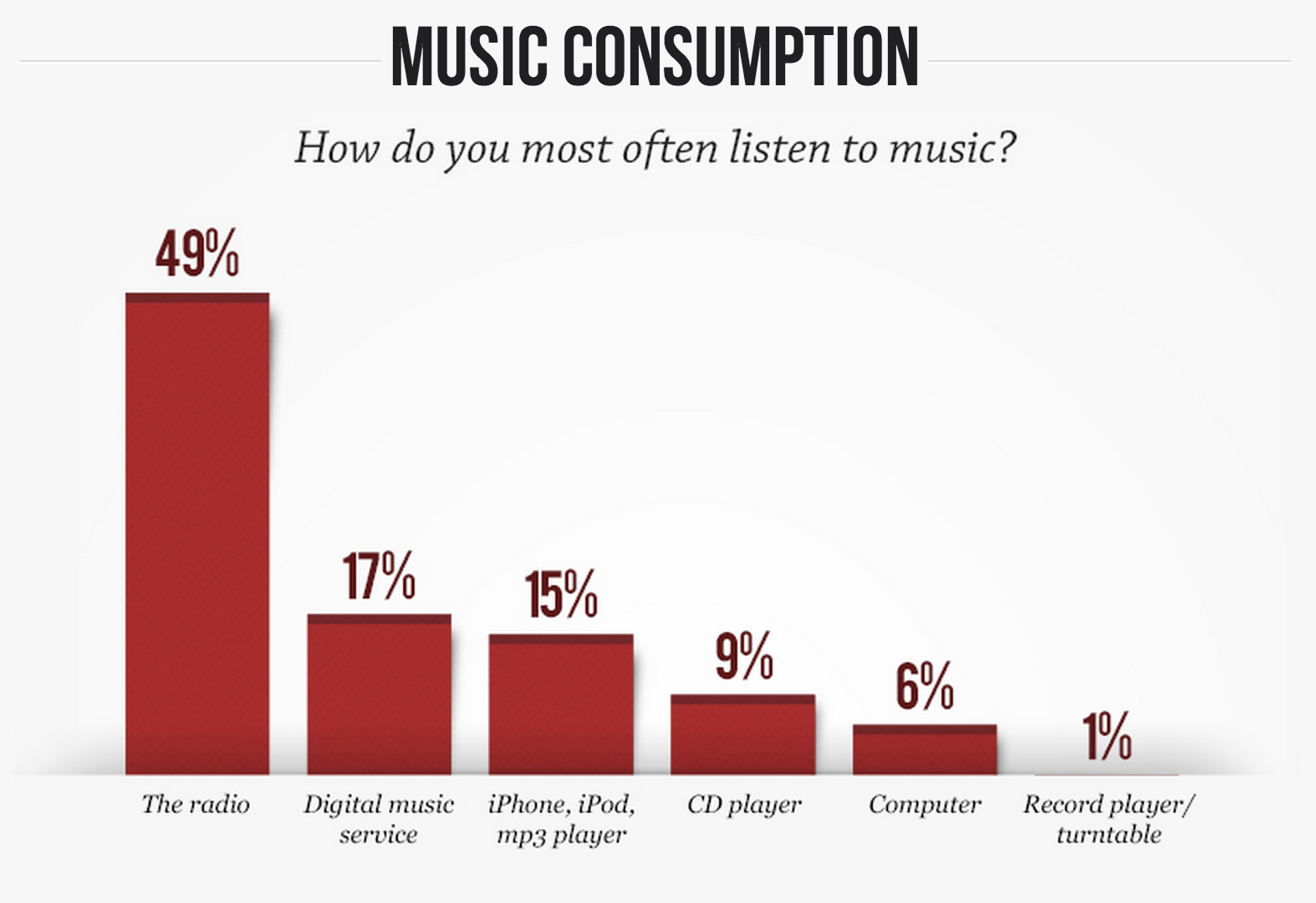