Rick Ross spent $250,000 on six watches for DJ Khaled, Meek Mill and Wale, among others, in order to celebrate the success of his Mastermind album, according to TMZ.

The site says that the Miami rapper purchased the timepieces from New York jeweler Rafaello & Co.

Rick Ross’s Mastermind appeared as the #1 album on the album chart released March 12 for the week ending March 9. The project sold 179,215 copies its first week of availability.

Mastermind earned a 3 out of 5 in its HipHopDX review. “There isn’t anything really compelling about Rick Ross’s fictional tale anymore,” HipHopDX said of the album. “It has become stale. There is no real wiggle room for his kingpin fallacy. There’s only one angle of interest left to explore: the truth. ‘The truth will set you free, son. The truth will set you free,’ executive producer Sean ‘Diddy’ Combs shouts smugly on ‘Nothing,’ assumedly at opposing rappers pretending to be something they’re not. How ironic. Ross could’ve used that kind of advice himself years ago. Perhaps he’ll take heed before the next mastering.”

A photo of the watch is as follows. 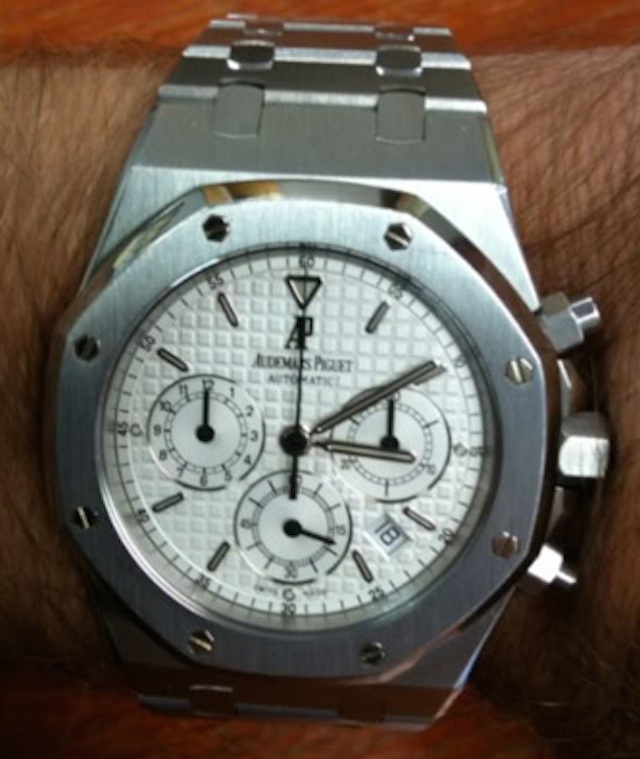