The tour is set to begin April 4 in Columbus, Ohio and it is scheduled to conclude April 17 in Anaheim, California. The tour is slated to also feature Sik Mob, Fisty Cuffs, and Pedro Van Gogh.

Irv Da PHENOM! spoke about his influences during a July 2013 interview with HipHopDX. “When I first heard Twista for the first time, Tech N9ne or Rich The Factor, the feeling I got was like, ‘Man this represents me. This represents what I see, what I’m living everyday, and they’re doing it in a respectable way and it’s tight,'” Irv said at the time. “I just want to be able to that for the people who are back home right now or in a similar spot wherever you are in the world. Just let you be able to relate to it, but at the same time, have a product that is so good, or sounds so dope that you want other people to hear it, and you’re proud, like, ‘Yo, check out this. This is where I’m from. This guy represents what I talk about.'” 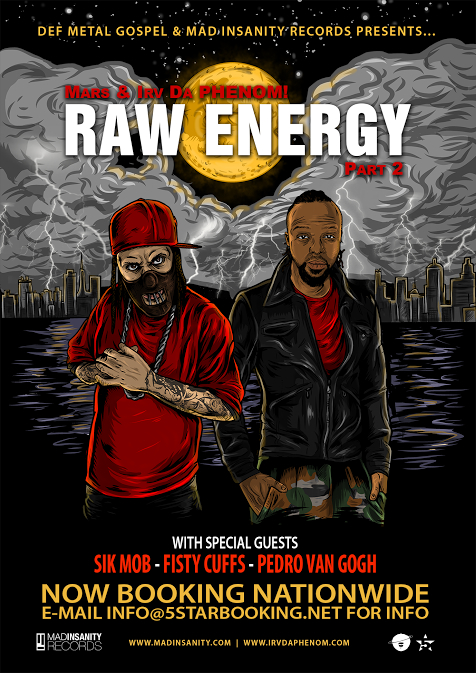