A$AP Rocky, who released Long.Live.A$AP in 2013, says his sophomore album is on the way.

Rocky’s debut album, Long.Live.A$AP, earned a 4 out of 5 in its HipHopDX review.

“Debuts this good just don’t come along very often, and it all comes down to the precocious Harlem rookie’s vision,” HipHopDX said at the time. “He’s all over the place with the subject matter, but the topics are tied together by Rocky’s personality, which informs his genuine interest in waxing about them. The closest approximation in this respect is probably Dipset in its glory days. So the man born Rakim Mayers might not be the deft lyricist that his namesake is, but he’s more than adequate in that respect. Combine that with the fact that he might have the best ear for beats the game has seen since Game (who would have thought Hit-Boy, Skrillex, and Danger Mouse could coexist on an album?), and LongLiveA$AP will have fans clamoring for the sophomore set.” 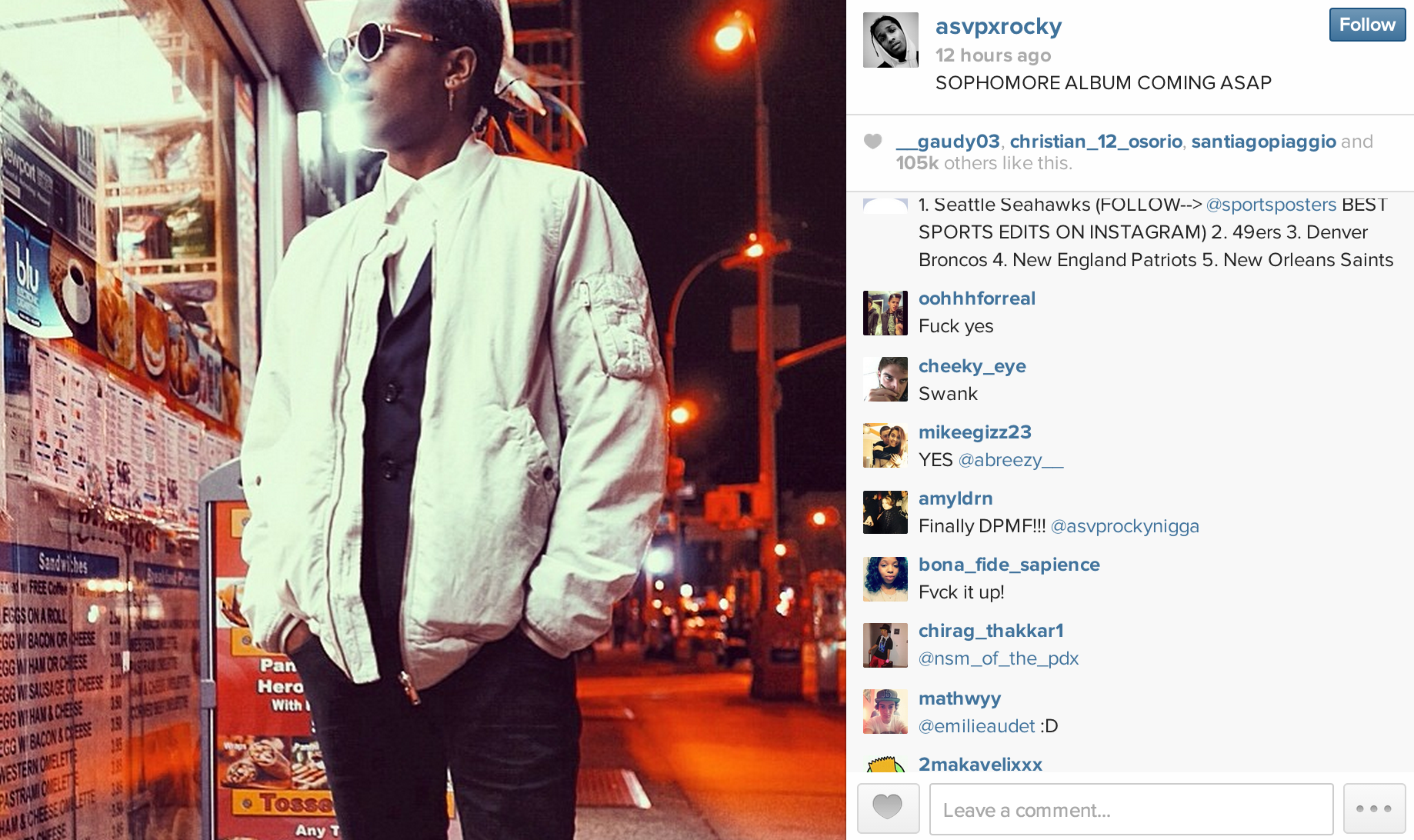