While speaking on Drake, Jhene recalled first meeting the Young Money artist during a recording session she attended through a mutual friend. She later revealed that Drake is an artist she looks up to, before rattling down a list of similarities between the two musicians.

“I had just found out I was pregnant,” she said. “No one else knew and I was still just recording. I was feeling my way around, seeing who I wanted to work with and what I wanted to write about. I went into a session to meet him through a mutual friend. That’s how that relationship formed. I knew him from ‘Degrassi’ because some of my younger family members watched it. When I saw him I was like, ‘Oh. He’s that guy from that show.’ He was nowhere near who he is today, even though the underground music people were like, ‘He’s next!’

“I look up to Drake,” the singer added. “Everything in his whole career is commendable. He can act, he can rap, he can sing. I can relate to him. He’s mixed; I’m mixed. Everything he does, I take note because I feel like he’s doing a really good job of being, like, well-rounded. And not only that, he’s really talented. I’m always asking him for advice with stuff and trying to figure out how he deals with being such a big celebrity.”

Jhene also addressed her January appearance on “Saturday Night Live” alongside Drake, and the moment towards the closing of the show, which resulted in heightened rumors surrounding her relationship with Drake and a GIF that quickly made its way across social media.

In the clip from “Saturday Night Live,” Drake can be seen approaching Jhene who quickly turns around to hug a “SNL” cast member.

“We’re all standing there, and he’s the only person I know on the stage,” Jhene said. “The whole time I’m at ‘SNL’ I’m nervous. Everybody starts hugging each other and I’m just standing there. Right when I turned around, he goes to hug me and it looks like I totally dissed him. I don’t want him to think that he brought me on ‘SNL’ and I’m like, ‘Anyway…’”

Lastly, the Sail Out chanteuse spoke on her relationship with Childish Gambino who she says she was able to connect with thanks to their sense of humor and knack for creativity.

“We have the same publisher,” Jhene said. “One of his best friends, Fam, went to school with my brother who passed away. We have the same sense of humor, very sarcastic and dry. It was automatically like, ‘I like you! We can be friends.’ He’s an actor. We’re both creative people. We are friends and we hang out. We’re just friends but I’m also single, so you never know what friendships can develop into. We like each other as people, so you know, who knows?”

Jhene’s interview with Complex magazine comes several months after the singer released her Sail Out EP. During an interview with Vibe magazine at the top this year, she hinted at a May 2014 release for her studio album, Souled Out.

“Before the album, I’m going to be putting out more visuals from the EP…May 2014. Souled Out,” she said during her January interview with Vibe. 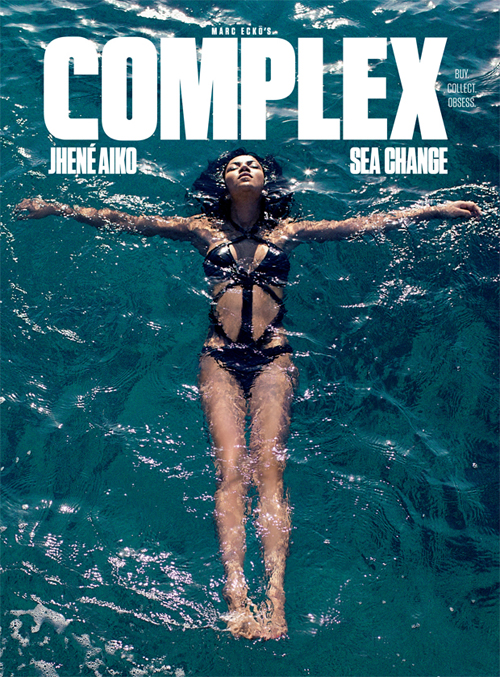