Blueprint is set to release Respect the Architect on April 22 through Weightless Recordings. The album is meant to remind listeners of Rap music from the 1990s, according to a press release.

“Musically inspired by the sounds of sampling pioneers the RZA, Public Enemy, and Gang Starr, Respect the Architect is the sound of one of Hip Hop’s most brilliant students looking back to pay homage to past luminaries, while also acknowledging his own veteran status,” the press release for the album says. “The album’s tracks are anchored by sampled loops, with little-to-no drums or additional production. With this soulful musical canvas behind him, Print drops his patented no-frills rhymes with bravado and style, all while showcasing why he truly has become one of the architects of independent Hip Hop culture. Print also unveils some of the most personal songs of his career on heartfelt tracks ‘Silver Lining’ and ‘Perspective.'”

Blueprint’s Respect the Architect is scheduled to include appearances by Illogic, Count Bass D and Midaz the Beast.

This album’s sample-heavy theme is a reflection of Blueprint’s appreciation for the production style. In 2011, Blueprint spoke with HipHopDX about sampling. “There’s nothing like a good sample because it’s all there for you, [but] it still takes a good ear to hear it,” he said at the time. “Ultimately, I’d like to see sampling come back, but I think it’s gonna come back in a form where guys are just real renegades about it. They just take what they want and ultimately just make the music free. And I think that will probably be the only way that we can kind of take it back to where it was, is to say ‘You know, if you guys are gonna sue us for this, then we’re just gonna make it free.’ And hopefully, it being free will reduce the lawsuits and allow guys to be creative and still reach the people [they] want to reach with it.”

The cover art for Respect the Architect can be found below, along with a teaser for the project. 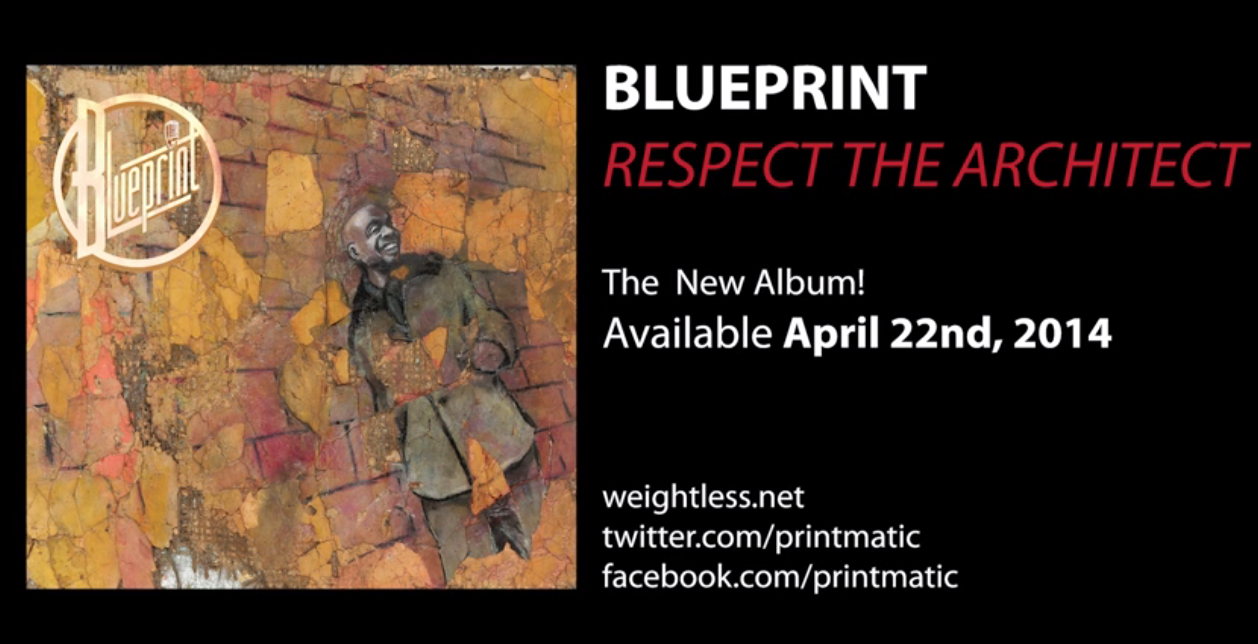 RELATED: Blueprint: Older & Smarter, Me At My Best