Rick Ross, Kurupt, David Banner and Slim Thug are among the actors featured in the forthcoming major motion picture Days Of Wrath – Director’s Cut. The film, which is slated to be released later this year, is set in Los Angeles and focuses on the intersecting lives of gang members, a teacher and a television news crew.

Although Days Of Wrath – Director’s Cut director-co-writer-producer Celia Fox wanted to have rappers in the film, she wanted them to be able to carry their weight on screen.

“I felt that there was going to be a music component in it, so I felt it would be great to have rappers in it,” she says of the film, which stars Wilmer Valderrama (That ’70s Show) and Jeffrey Dean Morgan (Grey’s Anatomy), during an exclusive interview with HipHopDX. “I didn’t want anybody in the film just because they were a rapper. I felt like if they could blend with the character and do the character, that was fine.”

With the aid of casting director Christine Sheaks (Boogie Nights, Scary Movie), Fox selected Rick Ross, Kurupt, David Banner and Slim Thug. Fox says she was most familiar with Rick Ross’s material before working with him on the film.

“I’m a huge fan of Rick Ross,” Fox says. “It was more that I was a really big fan of his at the time. I really loved his music. It kind of had that spirit that I thought that the movie had and the characters had. It was the whole hustler thing. His vibe, his message, I really felt like it was synonymous with Danny Boy, the main character.”

“I knew he was a a talented producer and I knew his work,” Fox says. “I also kind of felt like with David Banner, he doesn’t stand particularly out as coming from somewhere. With a T.I., he really, really comes off on the screen like he comes from the South. I liked David Banner’s screen presence. He’s a workhorse, very reliable and very professional.”

Even though Kurupt wasn’t as professional, in a sense, it worked for his portrayal of a camera man for a Los Angeles television station. “He would come to the set really messed up, but it worked for the character as well,” Fox says. “He showed up with bloodshot eyes, messed up, a little bit off. I really didn’t say much because it worked for the scenes and he’s a really good actor. He did an amazing job.”

Fox says the rappers helped bring heft to Days Of Wrath – Director’s Cut.  “The story is very much about not being totally a victim of your circumstance, of really rising above your circumstance,” she says. “It’s also about action and reaction.” 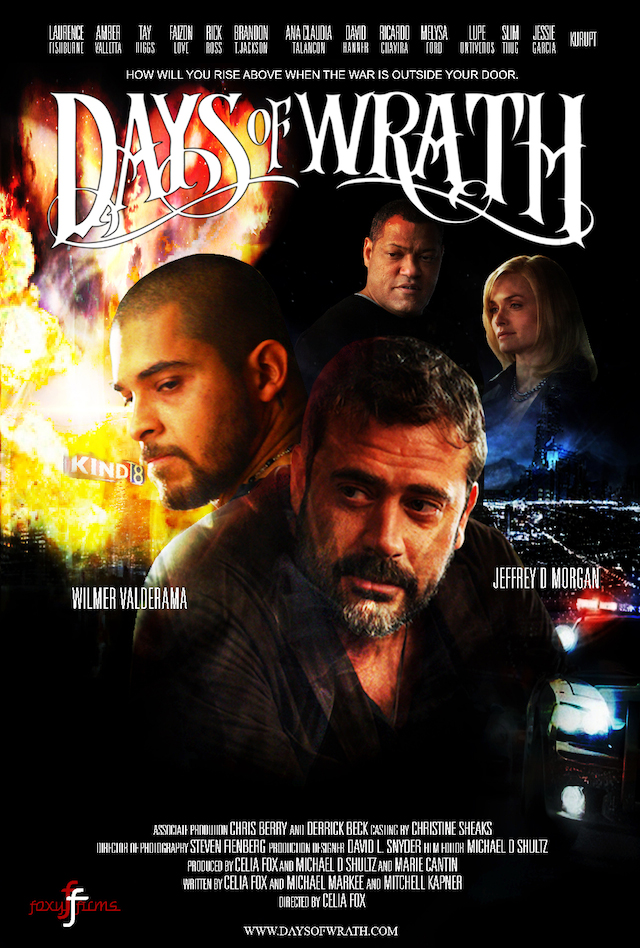 RELATED: Rick Ross Says He Put More Into “Mastermind” Album Than His Other LPs