An unofficial Big Pun Place sign was set up on the corner of E. 163rd St. and Rogers Place in Bronx, New York on February 6, according to the NY Daily News. The sign was meant to celebrate the life of Big Pun on the eve of the fourteenth anniversary of the rapper’s death.

The sign was placed on this corner by Shane Rossi, a Big Pun fan who purchased a street sign from the Department of Transportation website, which warns its buyers that installations of purchased street signs are illegal. The Pun sign has been removed.

“I think that he did more than people give him credit for,” Rossi said of Big Pun’s work in music. “I just want [the city] to know that there is still interest and people haven’t forgotten.”

Rossi says that his appreciation for Pun’s legacy is the main reason he hung the sign up and that he did so without negative intentions.

“My whole premise was to not disrespect anyone,”Rossi said. “It wasn’t an insult or a jab at the right way of doing things.”

In 2011, Big Pun’s sister Nicole Rodriguez made a proposal for a dedication to her brother on a corner in Longwood, but Bronx Community Board 2 rejected the attempt.

“We heard her request and had a public hearing on it,” Board 2 District Manager Rafael Salamanca said. “The residents of Rogers Place came out against the sign.”

According to Salamanca, Rodriguez was informed that she could resubmit a proposal once she and her nonprofit group, “Hugs From Pun,” worked within the community. Rodriguez was not quoted in the NY Daily News article.

Big Pun died after suffering from a heart attack and respiratory failure February 7, 2000. Recently, several rappers paid tribute to the rapper’s career on the anniversary of his death. 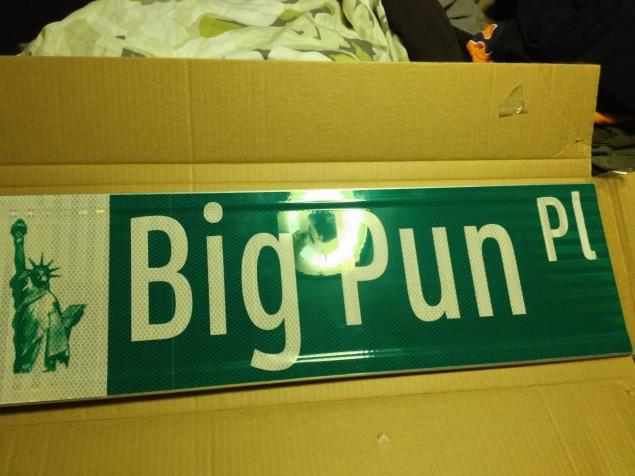 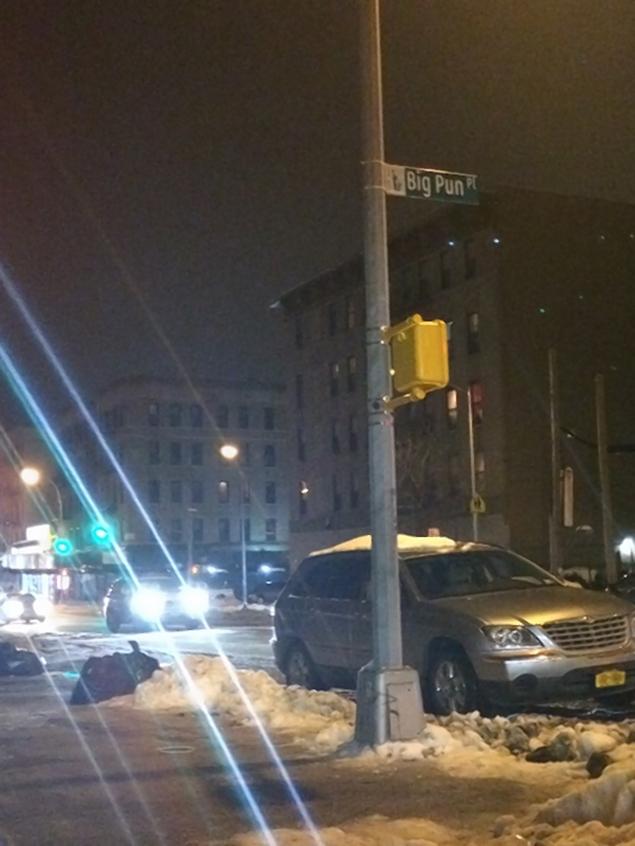