Tony Yayo posted a series of comments on Instagram saying that G-Unit has broken up.

“to much stress i flew the world already dropped an album time to try new things and the unit not together fuck it,” the rapper wrote on one Instagram message, per allhiphop.com.

“To many bitch ass niggas want you to brown nose all the time homie,” Tony Yayo wrote in another post.

“50 ain’t rocking with me and Banks the same I layed my life down for the unit but you live and learn,” Tony Yayo said in another post.

The Instagram comments come on the heels of 50 Cent announcing today (February 20) that he and G-Unit Records have signed an exclusive worldwide distribution and services agreement with Caroline/Capitol/UMG.

Tony Yayo, who recorded with 50 Cent, Lloyd Banks and Young Buck, among others, while with G-Unit, also sent a series of Tweets regarding friends and loyalty yesterday (February 19), which are as follows:

It’s funny how things and people change where all my so call freinds go.

Loyalty get you nowhere in life it’s better to be a snake you’ll get further trust me . 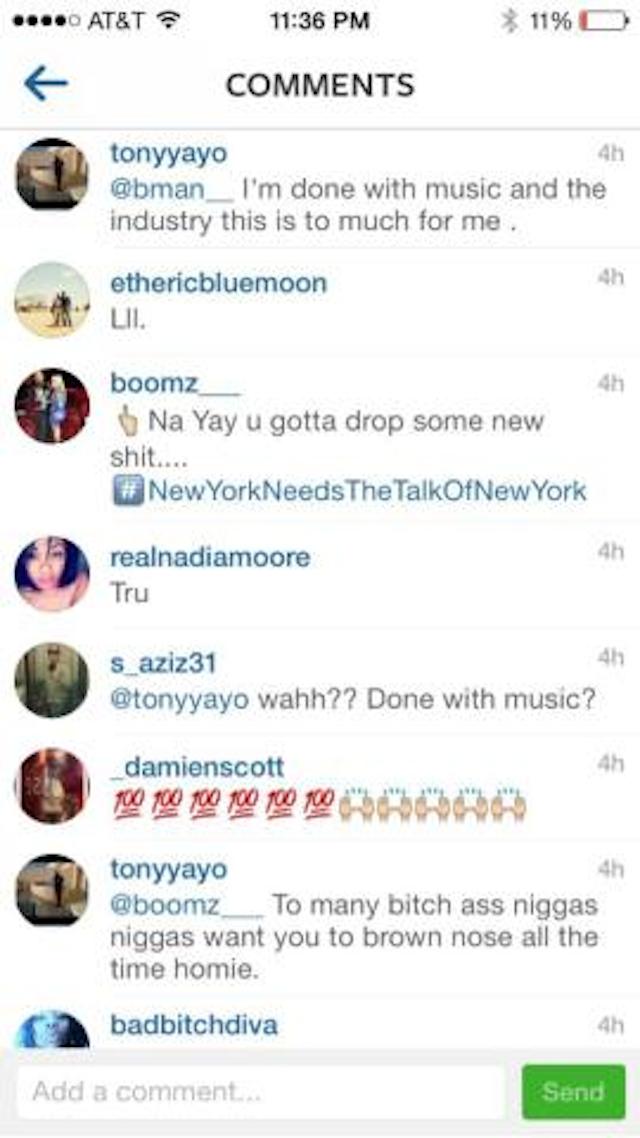 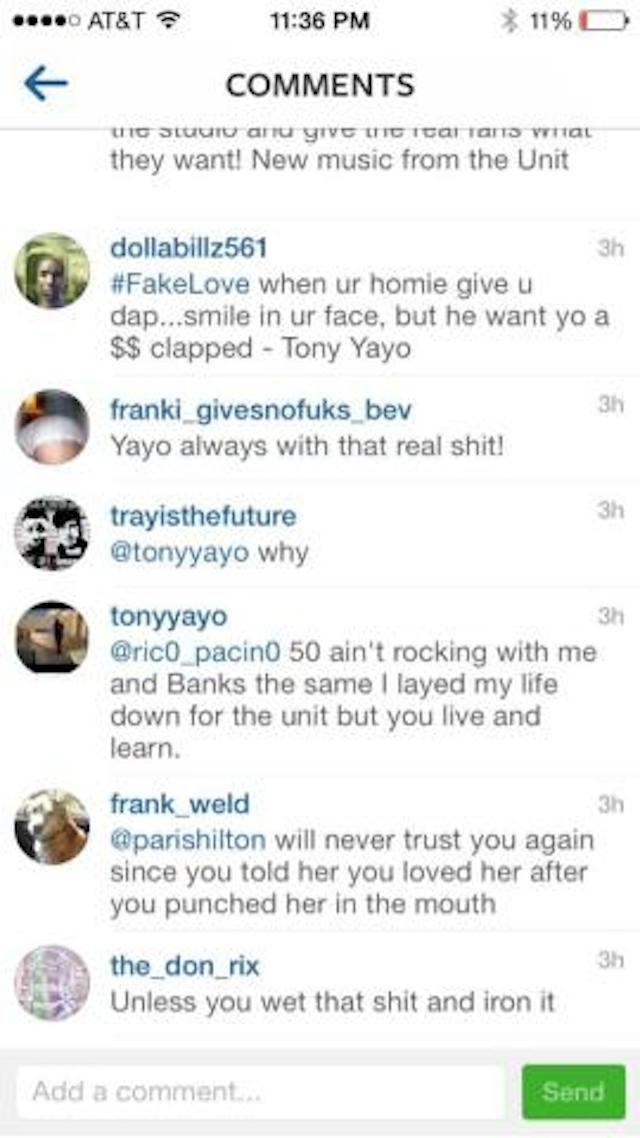 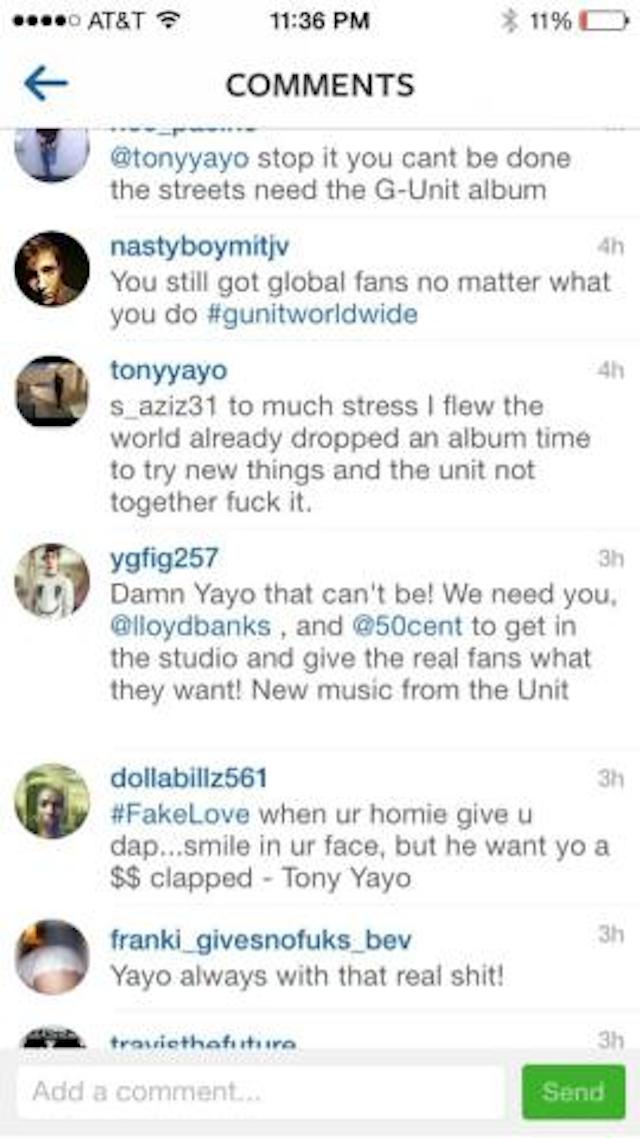