Pharrell is gearing up to release G I R L, a 10-track album set to be released March 3 through Back Lot Music/Columbia Records.

G I R L is set to feature the album’s lead single, “Happy.” The track is the only selection that has been announced for this album, which is slated to include nine other songs. iTunes, which has the $10.99 pre-order available for purchase, says that “Happy” begins to download once the pre-order is made. Fans are instantly charged for the track and will later be charged for the remainder of the project’s cost when G I R L becomes available.

In 2013, Pharrell released a 24-hour video for “Happy,” a project that contained various celebrities and non-celebrities dancing along to his Despicable Me 2 hit.

While Pharrell has been involved in several projects throughout recent years, this is set to be his first solo release since 2006’s In My Mind.

Pharrell made his album announcement for G I R L in a Twitter post to a fan.

Sure you did; you never left my side. “@kuhRISSten: @Dr_Peoples LMAO I didn’t do anything! He tweeted me ahahaha”

A preview video for G I R L and the project’s cover art can be found below. 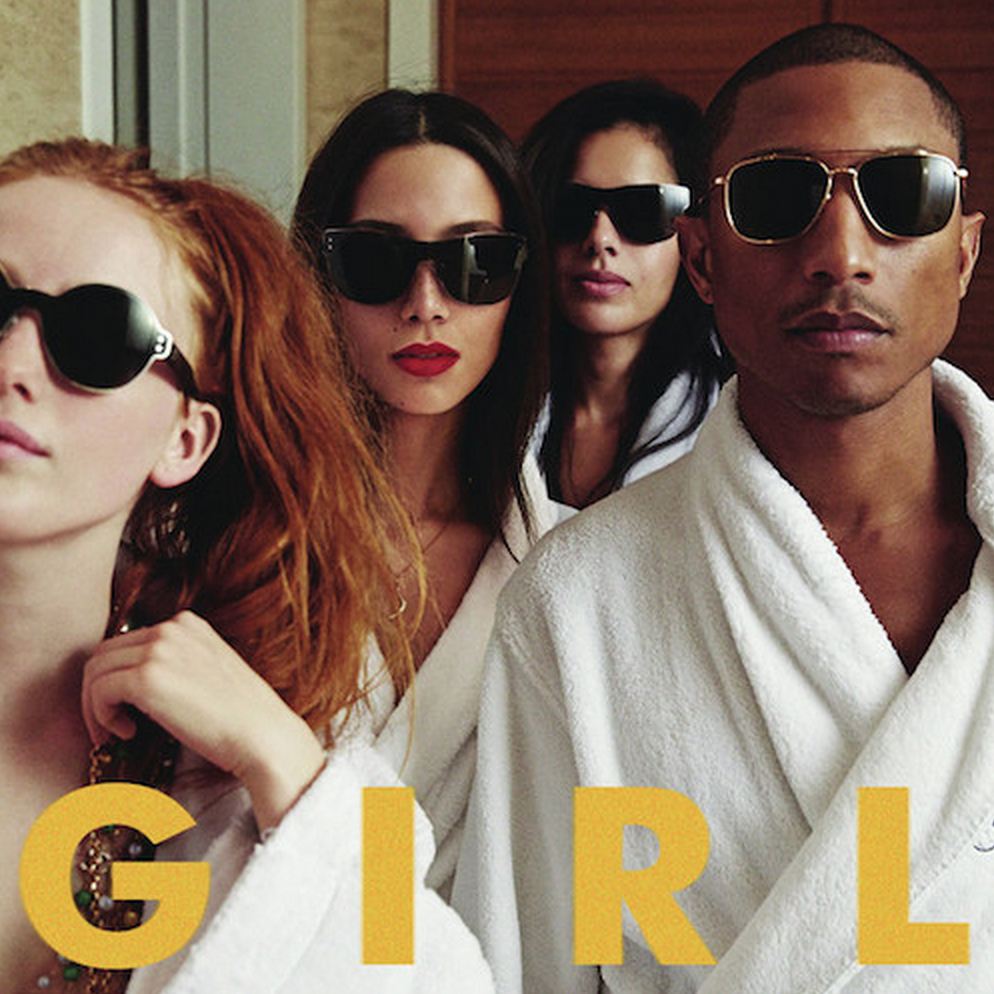 UPDATE: Pharrell has revealed the tracklisting for his upcoming G I R L album. The project is slated to feature Justin Timberlake, Miley Cyrus, Daft Punk and Alicia Keys, according to MTV. The tracklisting can be found below.

UPDATE #2: Pharrell has released G I R L for streaming via iTunes. In order to stream the project, click here.